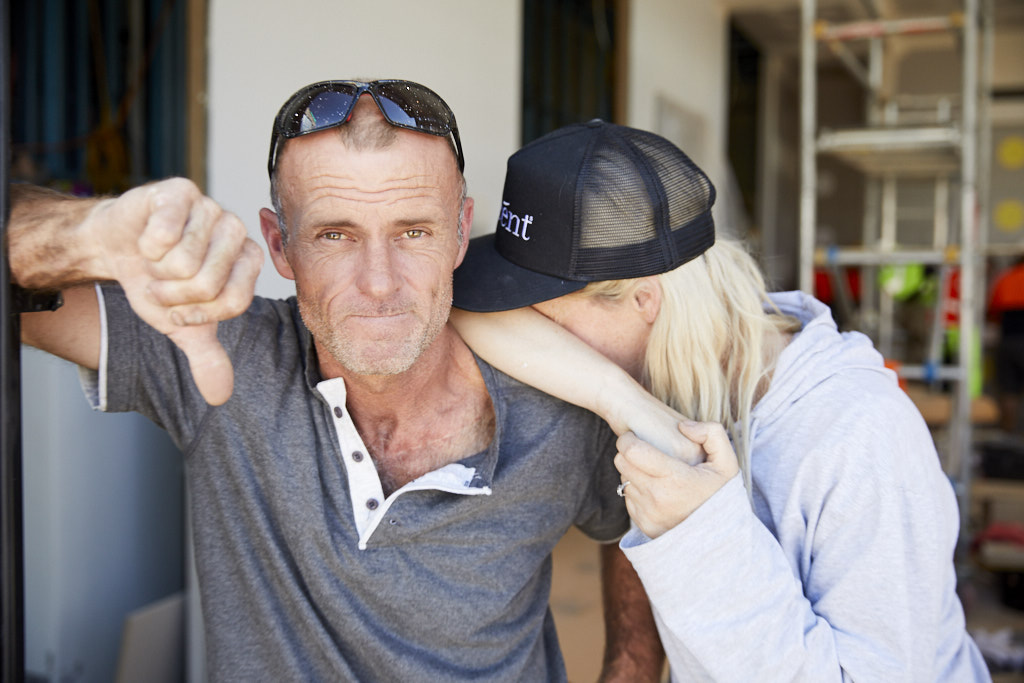 Here’s how the drama went down...

The team has spoken...

It had been brewing for some time now. And finally, last night, the contestants had it out over Norm and Jess’s decision to put in a pool. A body corporate was held, and the following day, in a secret Survivor-style ballot, the verdict was in - three votes yes, two votes no.
It was NO DEAL for Norm and Jess.

A big thumbs down to the pool.

In the end it came down to WA contestants Courtney and Hans, who felt they had too much to lose by saying yes to upstairs’ grand plans. Then, when their builder Dave walked off the job, it was a step too far.
“I’ve got bigger things to worry about than pools being put into the building - we’ve got no builder,” Courtney said at the time.
Needless to say, Norm and Jess weren’t pleased - but pulled the ultimate swifty on their neighbours, admitting at the eleventh hour they never intended to go ahead with their plans.
“All this commotion for a pool we can’t even afford,” Jess admitted.
But jokes aside, the Queensland competitors admit they’ve been disappointed that their plans have caused a rift in their friendship with Courtney and Hans downstairs.
“It’s not even about the pool. It’s the talking behind our backs and the lying to us that I was upset about,” Jess explained.

Courtney and Hans torn to make a decision against Jess and Norm's pool.

For their part, Courtney and Hans know what they did didn’t paint them in a good light. But at the end of the day, they’re all too aware that The Block is a competition - and there’s just too much at stake.
“We know what we did was a really bad move,” Courtney admitted.
“It wasn’t until the issue of the pool came up that we realised, ‘Hey, we are actually here to win,” Hans added.
They might feel rotten, but there’s one person in particular who is pleased they said no - their real estate agent. He was dead-set against the idea as soon as he heard it, believing that should they be allowed to go ahead with the installation, Norm and Jess would have earned themselves one heck of an advantage.
“Our agent said we’re mad to let this happen,” Hans explained. “He said, ‘This is a competition; this is a game - how much is friendship worth over winning?”
It’s something Jess can’t get to grips with.
“Did you choose 100k over friendship? Oh my god!” she said. “What I really grieve for is your friendship, because I really love you guys.”
Here’s hoping they can patch everything up. After all - it’s only a pool!