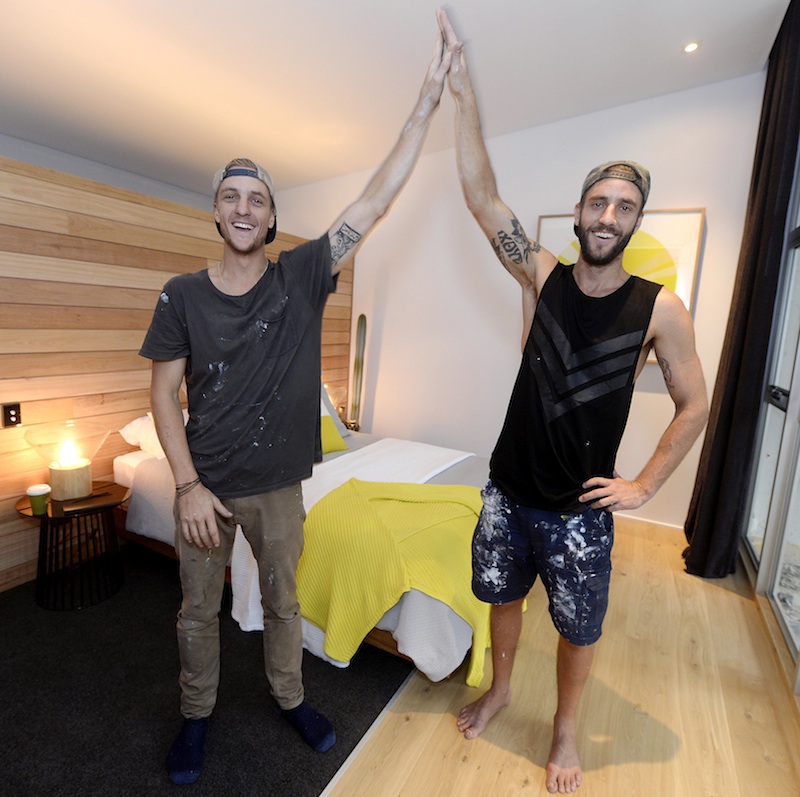 Brothers Shannon and Simon have made a strong start to The Block: Glasshouse, taking out the first Room Reveal with a bedroom the judges felt was simple yet sophisticated.

And Simon is stoked.

The pressure was on: Glasshouse threw our Blockheads straight into the deep-end of first-week renos. And it took a couple of days for the enormity of the task to sink in.

“That’s when we realised, ‘Far out, there’s so much work involved,’” Simon says. “This is not a normal worksite. We’re doing a two-year job in 12 weeks, which is unrealistic but…” He laughs.

They’re up for the challenge. On the construction side of things, Simon admits they were fairly confident going in… but the styling?

“It took a bit of work, that’s for sure,” he says. “Shannon is studying interior design so he was under pressure to deliver and prove that he can design a winning room.”

Shannon did just that, with the judges praising the room’s clever, minimalist design. The boys’ keen eye for furnishings scored them big points, with the judges singling out their choice of bedding. Available now at The Block Shop, the bed from the Gap Bedroom Furniture range has recessed legs that make it look like it’s floating.

Another winner? Their Elle Side Tables, also on sale now.

With a score of 27 out of 30, Shannon and Simon delivered one of the most impressive Block debuts ever. In fact, the judges have already coined their nickname: The Masters of Detail.

The reaction took the boys by surprise.

“I was shocked but at the same time… I love that room,” Simon says. “There’s so many unexpected things in there. It has set us up, and set our house up. Now we’ve got to carry on that flow.”

So what was their styling strategy? Simon admits they sort of… made it up as they went along.

“We didn’t really plan out our style,” he says, describing the look they ended up with as a “kind of 70s style with a contemporary edge to it”.

In a move straight out of the Kyal and Kara handbook, the brothers selected their main art piece, and then referenced its colours in their styling and furnishings. 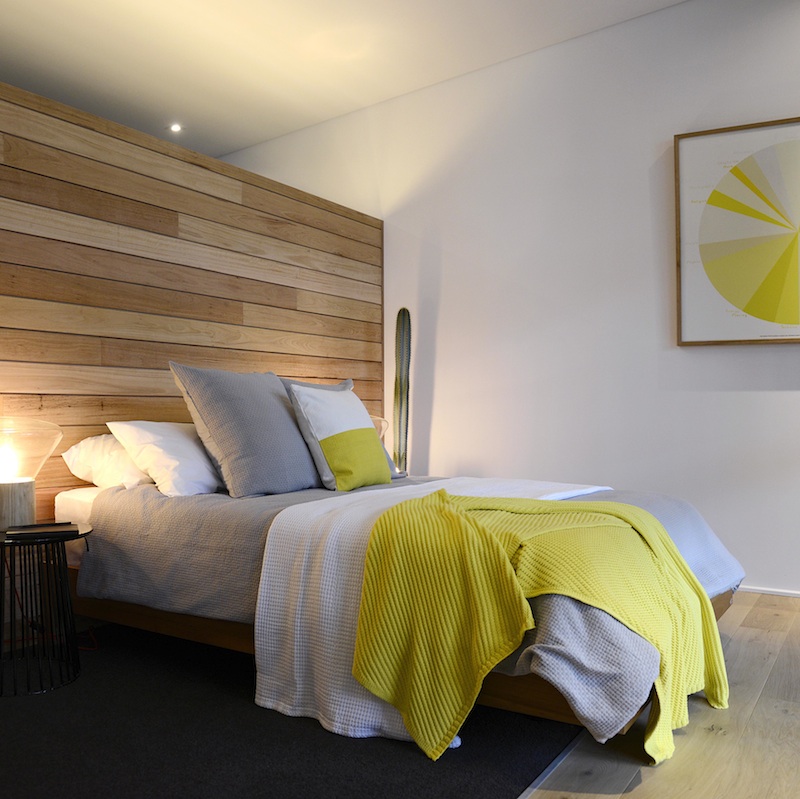 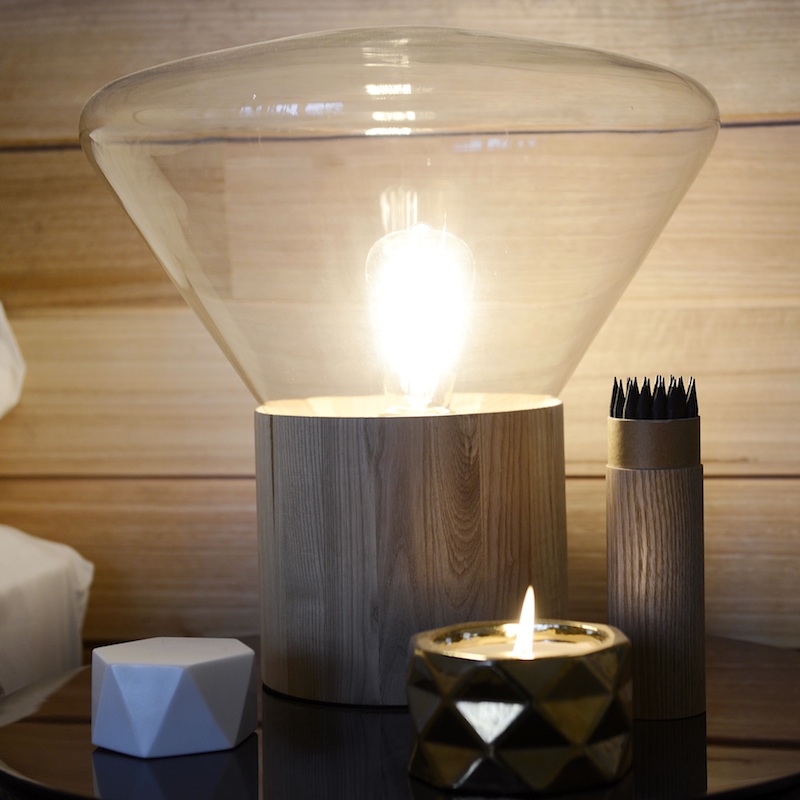 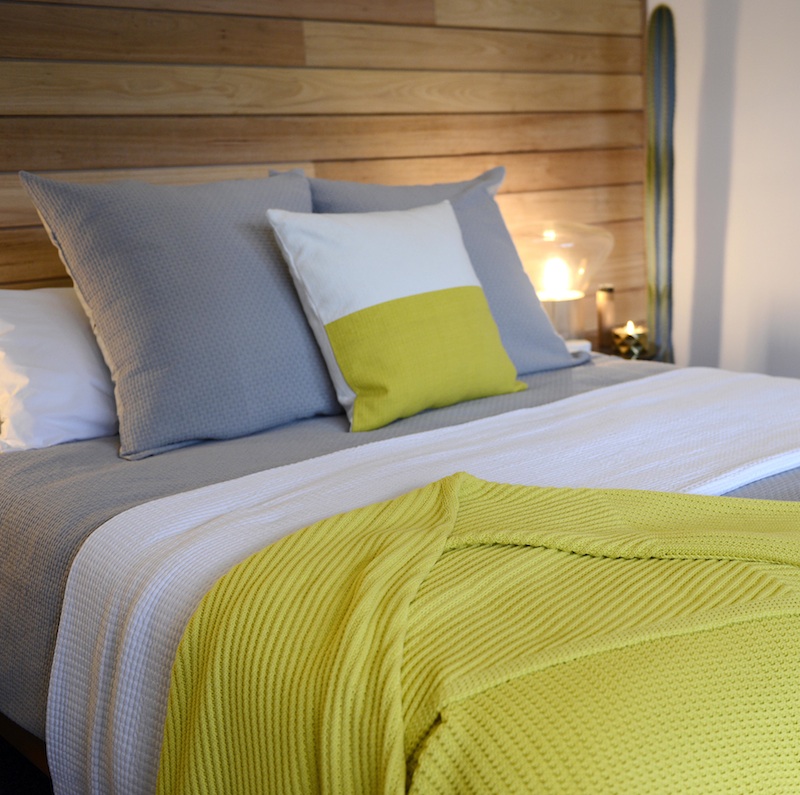