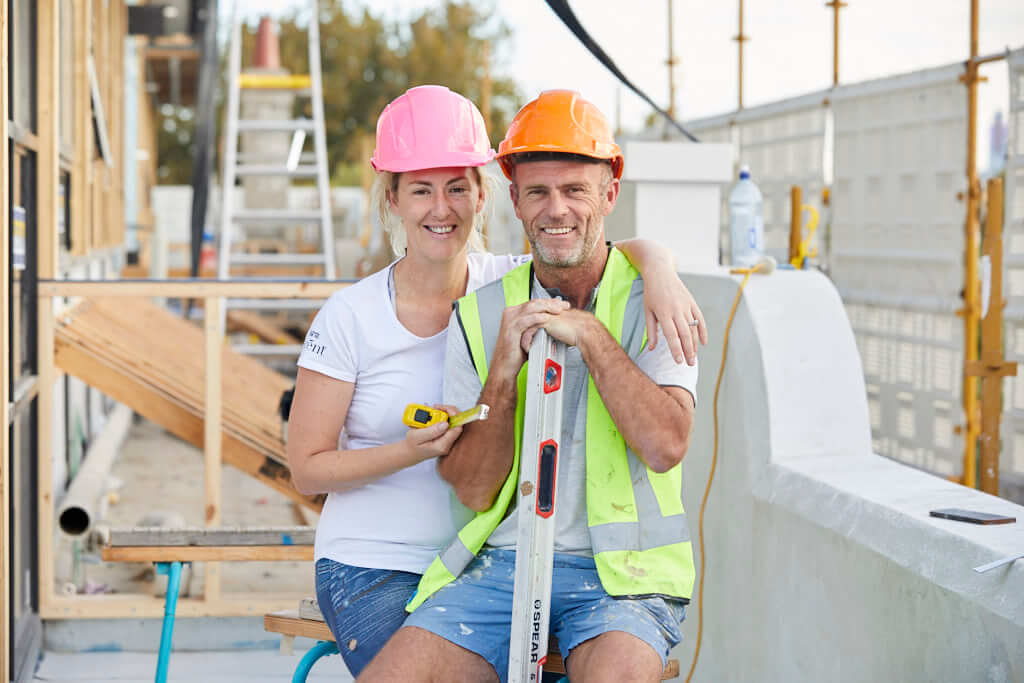 It’s near the end of the competition, and everyone’s tired - so no wonder Outdoor Week is often the straw that breaks our fragile Blockhead’s backs. But, bucking the trend, Norm admits he’s loving spending time working on their outdoor area.

It’s the week that almost breaks our Blockheads. But Norm says he’s loving every second of it.

“As hard as it is, I reckon was the best week we’ve had on The Block,” Norm tells Insider Style. “Everything was nutted out to the final detail. I’m pretty much just working for our landscaper.”
The couple chose Paal Grant to design their space. And even though they were unable to secure the ever-popular Dave Franklin, it mattered not to the optimistic Queenslanders, who have every belief that their “underdog” designer can come through with the goods.

Paal is super pumped to be working with the Norm and Jess (Picture: Instagram @paal_grant_designs)

“It was just amazing - he had everything sorted out,” Norm says of their week. “The first two days the time frame was blown out, but I was like, ‘Paal, it’s OK, it’s fine.’”
And even though Keith went in all guns blazing on Monday, questioning their designer on his plans, the couple have thought outside the box, and managed to get their plans across the line.

Is it a competition between the two 'Penty's'?

And as for Keith, by the end of the competition, Norm reckons he’s got him sussed.
“We got along good with Keith. We had a ball with him, actually,” Norm admits. “When shit needed to be sorted out, he’d come out and be an angry man..but he’d sort it out.

“We got along good with Keith. We had a ball with him, actually,” Norm admits.

“The majority of the time was pretty good. I said to Keith and Dan at the start, ‘I will probably drive you guys insane.’ And he got his chest up and said, ‘Oh yeah, why’s that?’ And I said, ‘I am here for 12 weeks, away from my kids, whatever you two want, you two get.’ And he said, ‘You are off to a good start.’ And that made our life easier then.”
Ah, so THAT’S how it’s done. Duly noted.

Click here to shop all your favourites items used by the couples this season.