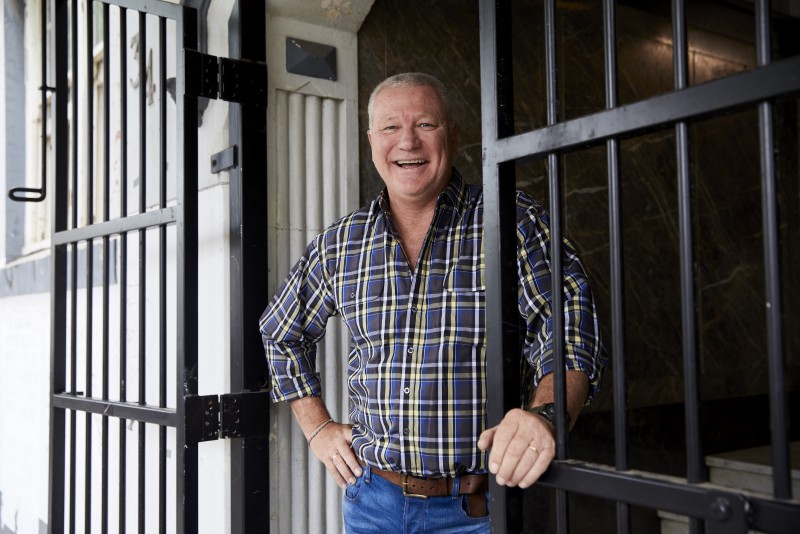 That’s a WHOLE lot of people who think they’ve got what it takes!

Think you’re handy with a paintbrush? Maybe you’ve constructed a deck, or hung some cupboards? Perhaps you’ve even tinkered with a bit of DIY? Chances are you applied for this year’s Block! Yep, you heard right, a whopping 90,000 people - that’s 45,000 couples - thought they had what it took to compete in this year’s show.
“That is a record for anybody,” says Executive Producer, Julian Cress. “What that means of course, is that after five months of casting and going through all the applications, we were able to choose five teams to compete who all bring something really special to the show.”

"Just as you are getting ready to watch our newest #blockheads take on #thegatwick its time to start imagining yourself in their shoes! APPLICATIONS ARE NOW OPEN FOR @theblock 2019!" Be sure to follow @luckybreakcreative

This year’s contestants include Queensland’s Jess and Norm, New South Wales’ Sara and Hayden, WA’s Hans and Courtney, Victoria’s Bianca and Carla, and South Australia’s Kerrie and Spence. They have varying levels of experience. But, as Julian explains, that doesn’t mean a whole lot once the cameras start rolling.
This year’s renovations are arguably the most challenging we’ve ever seen and it’s going to take more than just experience to get our contestants through. They’re also going to need nerves of steel, rock-hard determination and an ability to roll with the punches.
And trust us - there are going to be plenty of them.

“We have got people on the show who have a lot of experience at renovating, and some of them, literally by the end of the first week, were already eager to walk away,” he explains.
“That gives you a sense of just how hard it was to do [this year’s show].”
He thinks this year’s group might even be the best yet.

So what can people expect when the show premieres this Sunday? For a start, it will have a very different look and feel to the previous couple of years.
“This series brings us right back to where we started in Bondi,” Julian explains. “We filmed in Summer, which gives it a flavour that I think hasn’t been seen on the Block for a very long time.
“It’s usually bitterly cold, raining. So there’s naturally a very different look and feel to the show, and a different spirit to it.
“For people, in the middle of winter, to be able to snuggle on the couch and watch a nice summery program - that’s exciting.”

Own a piece of history! The Gatwick Hotel, Limited Edition Print by Michael Kluge Photography.

We can’t wait till everything kicks off this Sunday night at 7pm. Strap in, blockaholics!

The Block 9theblock the block 2018 julian cress the gatwick