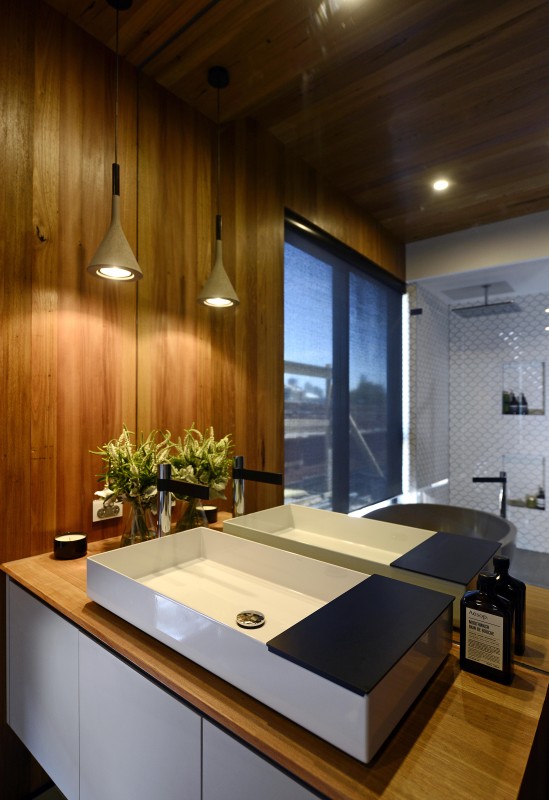 We're halfway through Fans V Faves, and the fans are quickly becoming the favourites. Kyal and Kara scored a perfect 30/30 for their bathroom this week, and they’re on top of the world.

“Getting the perfect score was amazing, especially after we got absolutely hammered for the last bathroom we did,” Kara says.

Judges Shaynna Blaze, Neale Whitaker and Darren Palmer were blown away by the “faultless” room, which they say is the new quality benchmark for the series.

“And it reaffirms that last week wasn't a fluke: we can do anything if we plan well and work really hard,” she adds. “To get the perfect score is the ultimate compliment.”

The judges felt Kyal and Kara met the ‘industrial luxury’ brief perfectly, and the couple spared no expense in bringing their vision for the room to life.

“We went all out with everything,” Kara tells us, “and we just love our Hydrotherm Heated Towel Rail. We felt like a luxurious bathroom needed a luxurious towel rail.”

That it does! There’s no need to be envious though… A range of products featured in Kyal and Kara’s perfect bathroom, including the heated towel rail, are available for purchase here on The Block Shop.

Kara is especially pleased with their bath and tile selection, but each purchase was careful and deliberate.  “Because we picked a tile that had that concrete feel, and we had a lot of timber higher up in the room, the beautiful concrete pendant we chose linked the two spaces together perfectly.”

The room worked so well that the judges have warned that if the other couples don’t step up, Kyal and Kara will be unbeatable come Auction Day. But Kara reckons the judges were a little too harsh on their competitors.

“I think they are all really great bathrooms,” she says. “I was really surprised when the girls got slammed for theirs.”

It’s safe to say the Sky High’s Bathroom Queens had an off-week, with the judges panning their “bizarre” room. But knowing Alisa and Lysandra, we’re certain they’ll come back swinging.  Brad and Dale’s bathroom was praised as “a well-planned and luxurious space”, and Chantelle and Steve’s boasted “touches of brilliances… [with] some missteps”.  “I was just impressed with them all, really,” Kara says.

Two bedrooms and two bathrooms down, the couples of Fans V Faves are impressing us too. Browse The Block Shop now for exclusive deals on products featured this season. 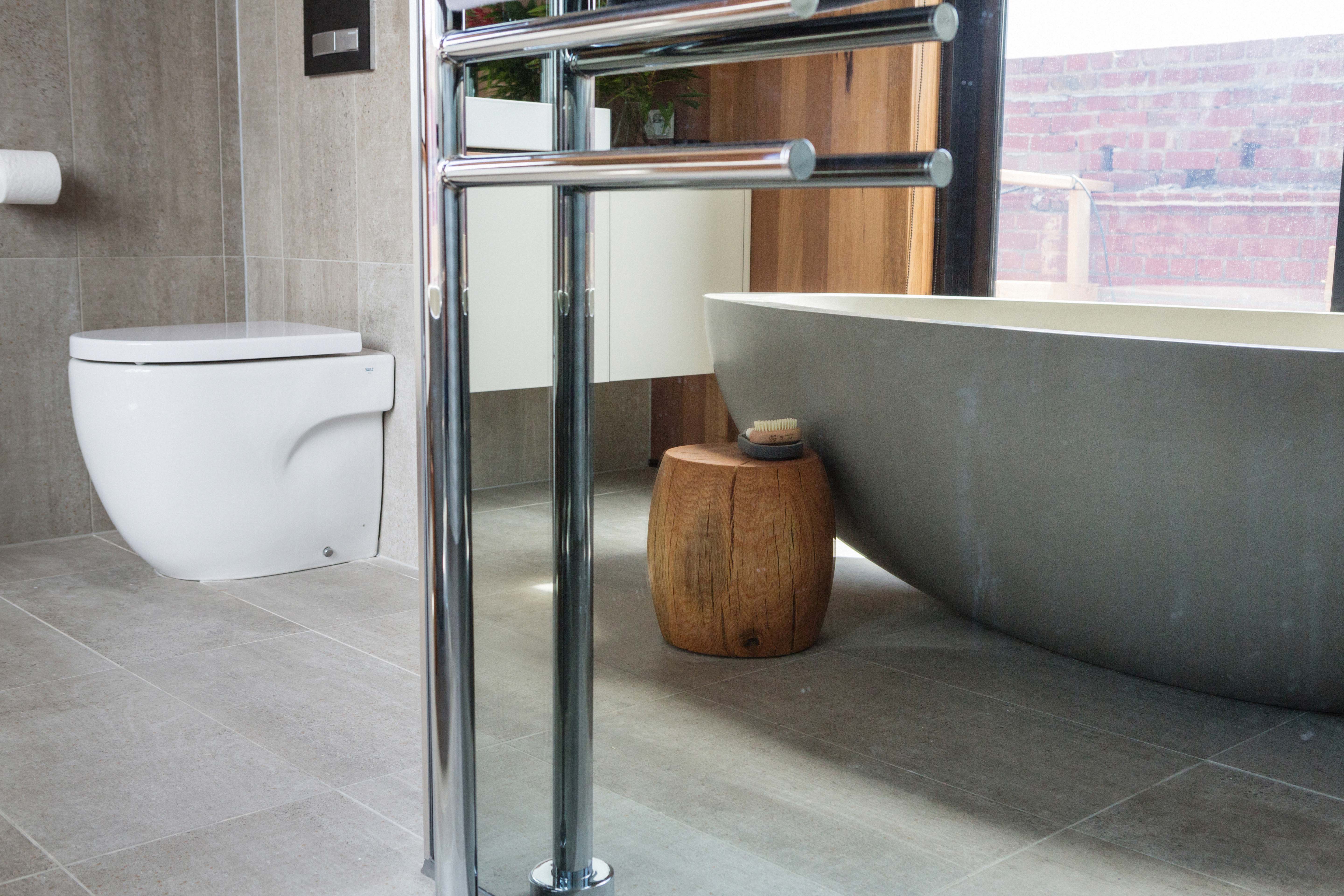 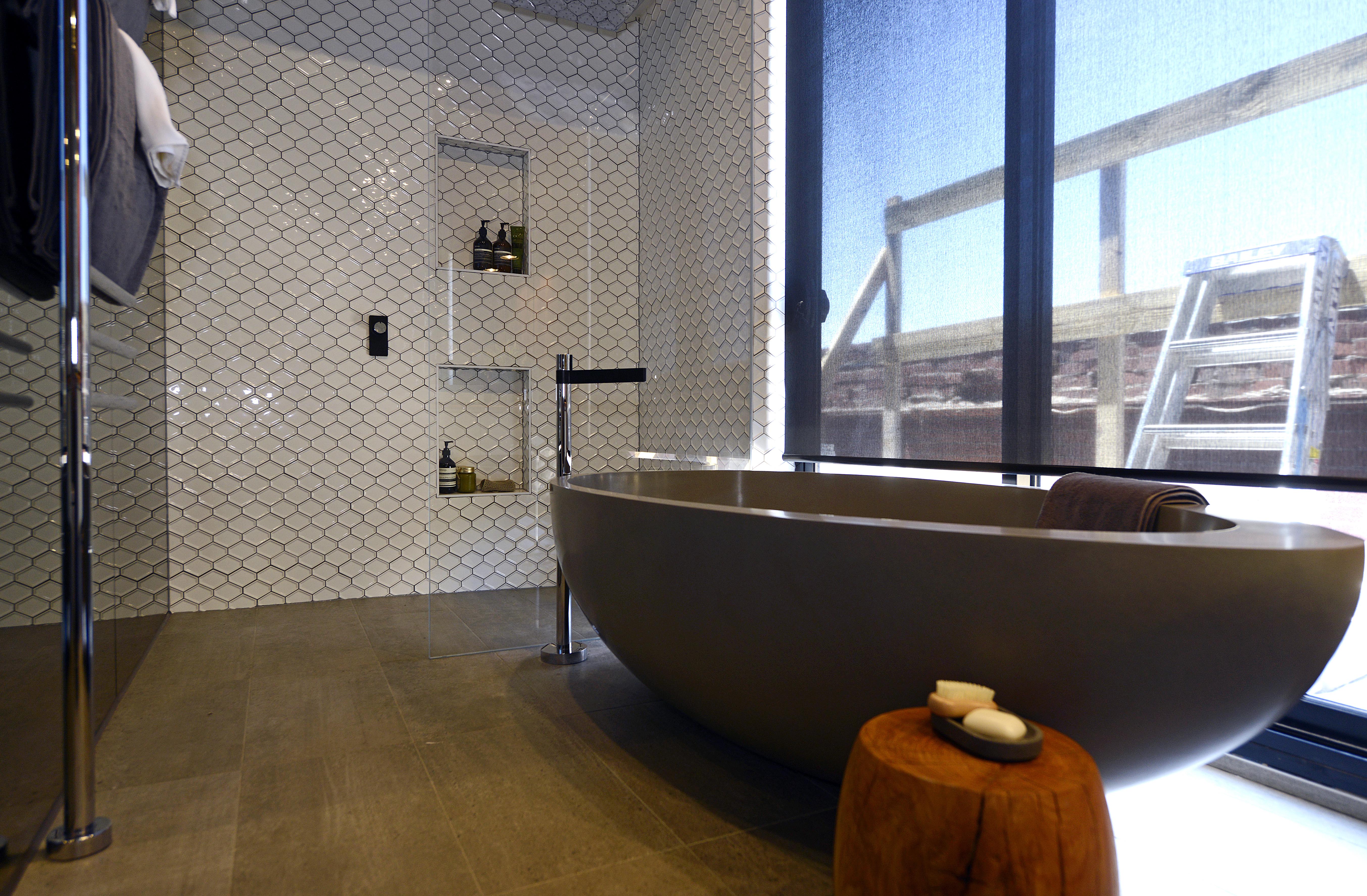