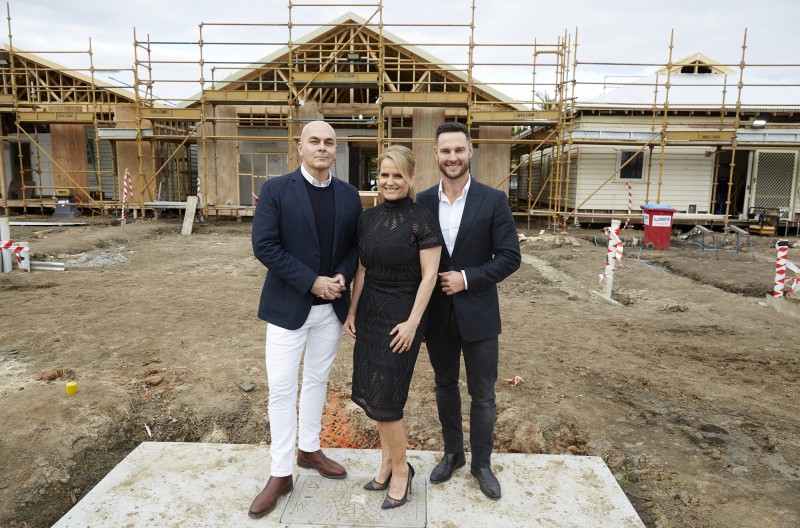 It’s not easy standing in front of Scotty and getting read feedback from The Block’s three feared judges, Shaynna, Neale and Darren. Just ask Lara Cranfield. Although she and husband Brad won their series of the show in 2012, taking home $606,000 in prize money, she still says Sunday Night Reveals were some of the most nerve-wracking moments of her life.

“It makes you feel sick,” she admits. “Because [the judges are criticising] stuff that you like. We didn't necessarily have the taste of the judges, so it was really hard.”

Lara consistently struggled with her styling, getting criticised by Shaynna each week for her lack of clear design vision. It didn’t help that, with the largest house on her series, she had the least amount of money to play with.

“Also, back in our series, we didn’t have the budget they have now,” she says, pointing to the fact each contestant started with just $40,000 cash for all their rooms, instead of today’s $250,000 budget. “We just couldn’t afford to shop at those amazing designer shops.”

/media/blog/300612AuctionBL-18.jpgBrad and Lara won The Block 2012Brad & Lara went on to win The Block 2012It makes you feel sick, because [the judges are criticising] stuff that you like. We didn't necessarily have the taste of the judges, so it was really hard.”

Bec Douros, who came in fourth when she competed with husband George back in 2013 on The Block Sky High, says she also found it incredibly stressful to receive feedback on her rooms each week.

“I think every contestant does,” she adds. And, according to her, it doesn’t stop after you leave the show.

“The thing I never really thought about was the fact you would be judged the rest of your life by the public for every little thing that you do," she says.

And that’s not just design choices. Bec recently found out just how passionate the public can be with their opinions when she posted a photo of her son with long hair on social media.

She says the secret to surviving all the scrutiny is for contestants to stay firm in their belief that they’re doing the best they can - and to stay true to their choices.

“You just have to take everything with a grain of salt,” she says.