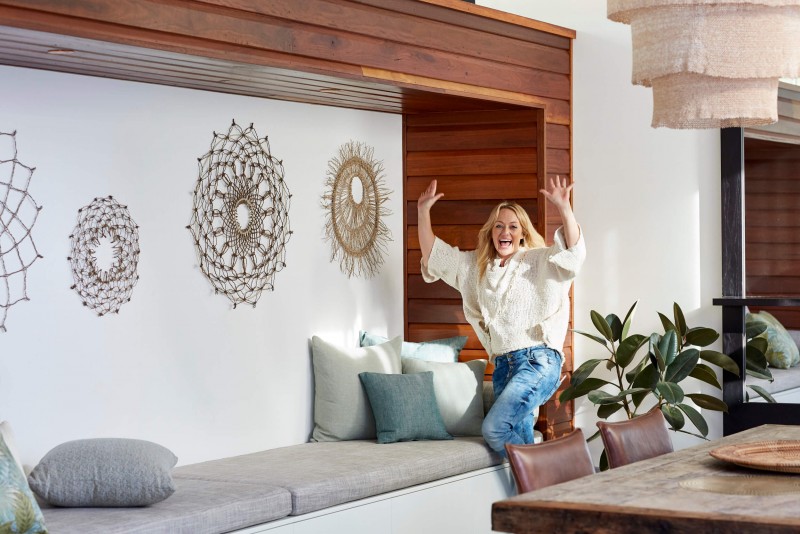 It’s every bit as stylish as you’d expect 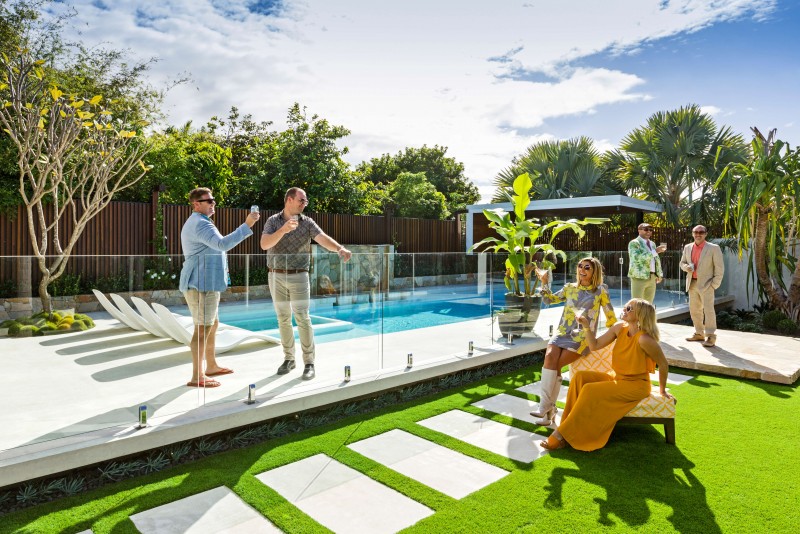 She’s appeared on 10 series of The Block, so you’d expect Shelley Craft to have picked up a thing or two about renovating along the way. But what you may not know, is that prior to signing on with the show back in 2011, Shelley was already an experienced renovator, having worked on several of her own renovations over the years.
Her most recent project is featured in Inside Out Magazine and showcases a stunning garden studio, designed by architect Harley Graham and built by Ben Jolliffe of Jbuilds, situated in the tropical surrounds of her Byron Bay Home.

We'd be jumping for joy too if we lived at Shelley's amazing home - this place is next - level amazingness! (Photographer: Jessie Prince)

Shelley moved to the popular seaside spot, on the New South Wales North Coast, a decade ago. After several years living in the region’s Hinterland, she moved closer to town in 2016, with husband, real estate agent Christian Sergiacomi and daughters Milla, 8, Eadie, 6, and Rhodesian Ridgeback Aldo in tow.
While their new home, a beautifully appointed Paul Uhlmann-designed modernist style house, had all the bells and whistles, it didn’t quite have enough space to accommodate guests - and the idea for a garden studio was born. 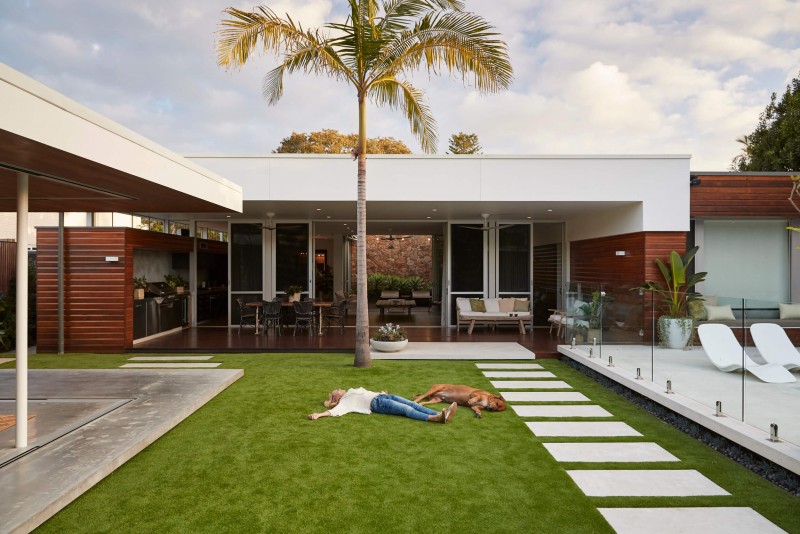 "The beautiful big garden was a luxury, but we wanted it to be a little bit more useful so that we could accommodate guests more easily," says Shelley. (Photographer: Jessie Prince)

"Really, the idea started with us wanting to make better use of the outdoor space," Shelley tells the magazine. "The beautiful big garden was a luxury, but we wanted it to be a little bit more useful so that we could accommodate guests more easily."
Shelley and Christian furnished their studio - which, with LED lighting beneath, appears to float above the grassed area that surrounds - with a bedroom, small sitting area, tiled bathroom and kitchenette, acting as an ideal secondary entertaining space in summer.
The couple used timber, polished concrete and subtle tones throughout, designing it to blend seamlessly with the existing dwelling and the garden surrounds. 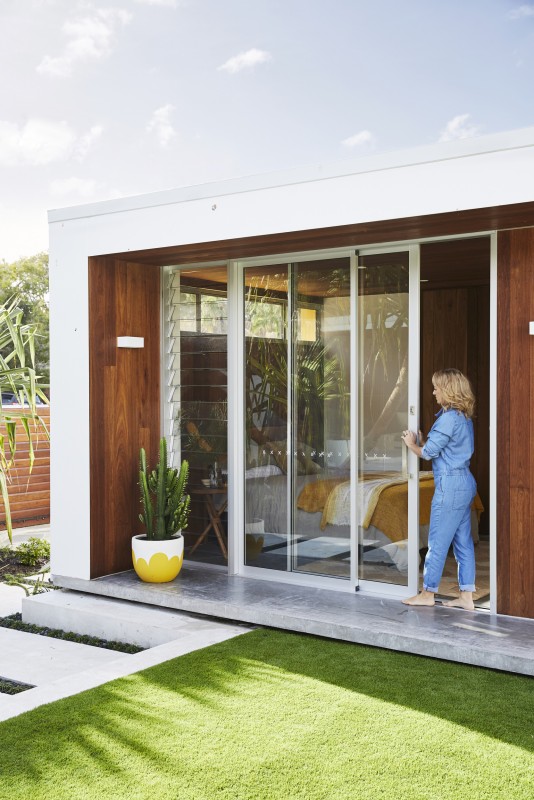 The furnished studio appears to float above the grassed area that surrounds. (Photographer: Jessie Prince)

Doors open right out, bringing the outside in, and creating a natural connection between the inside and outside space, designed by famed Block landscaper, Dave Franklin.
Read more about Shelley’s stunning summer addition at Inside Out Magazine.

Check out these stunning images of Shelley's incredible garden studio - when can we move in??!! 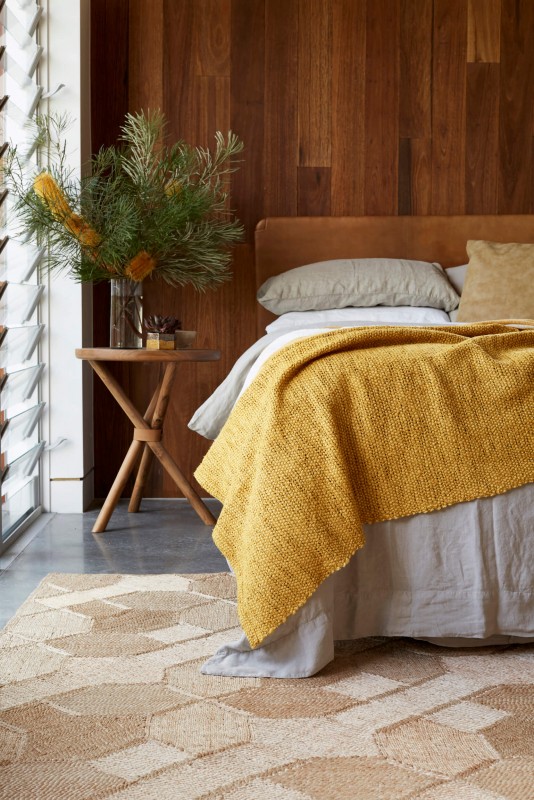 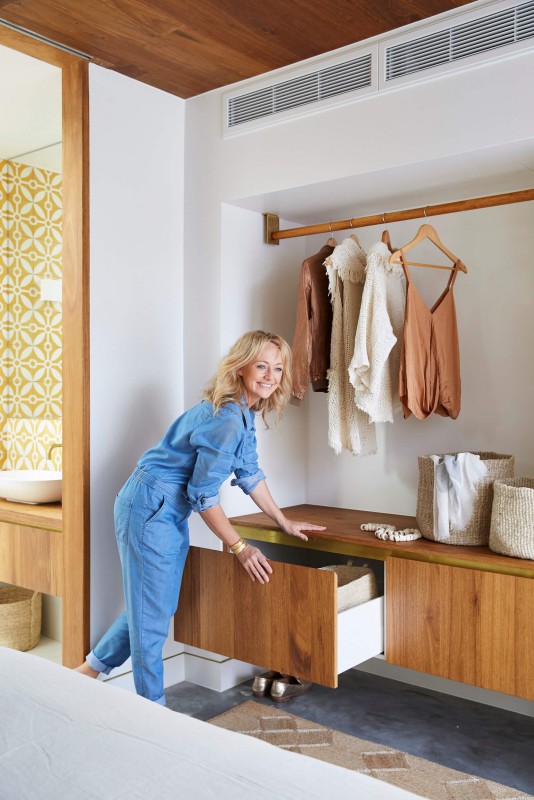 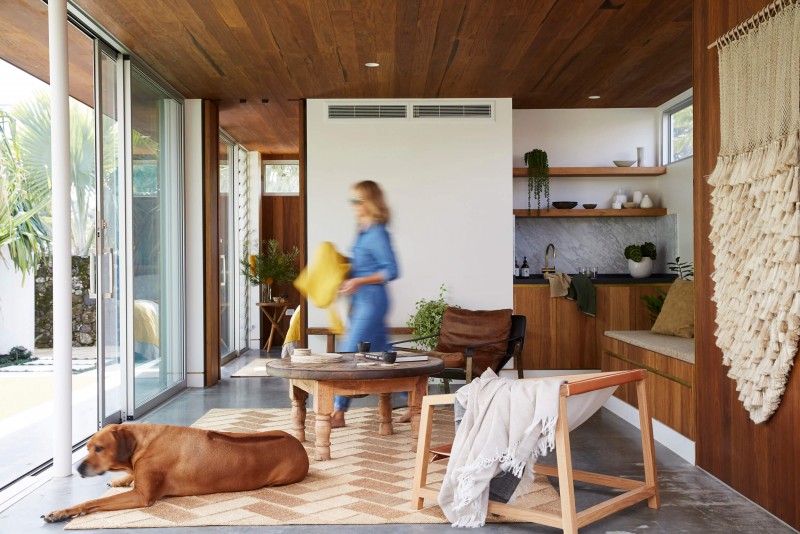 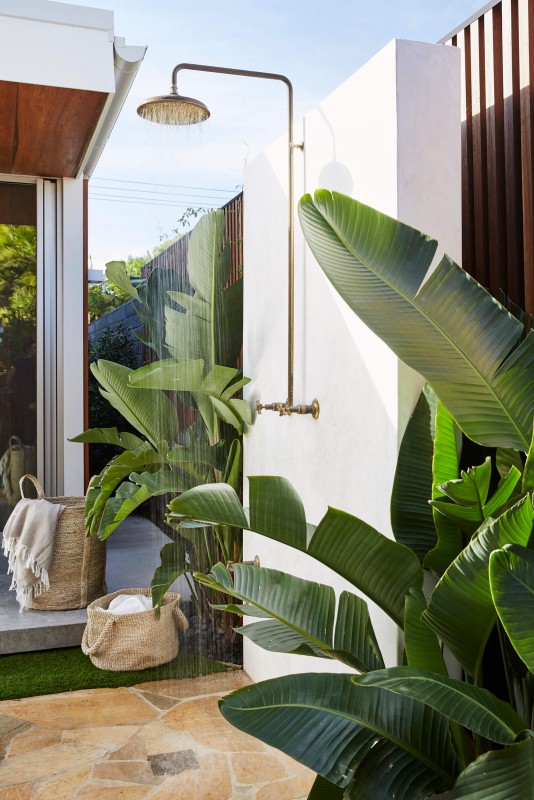 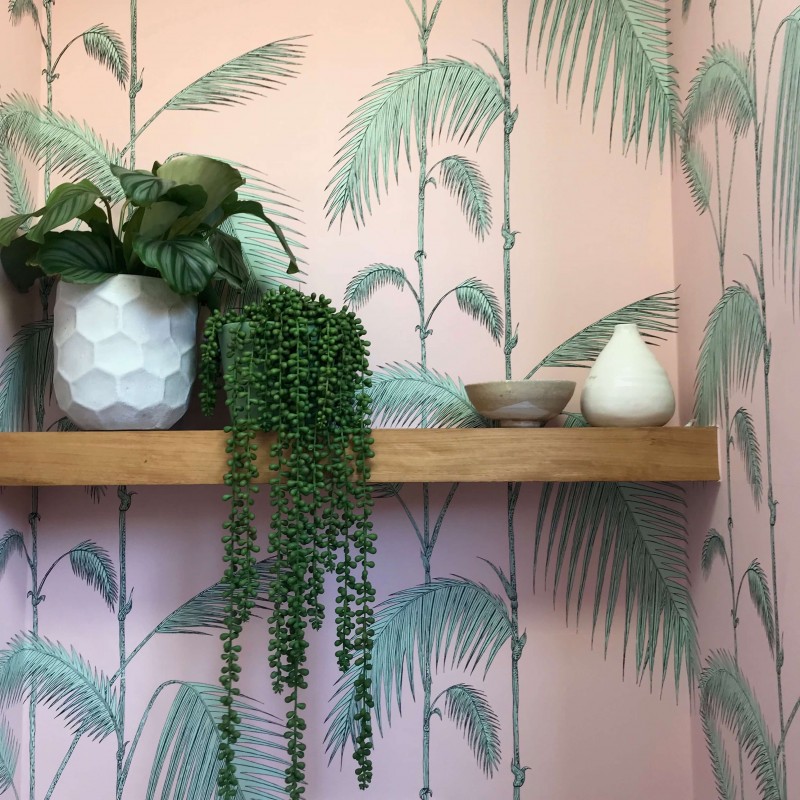 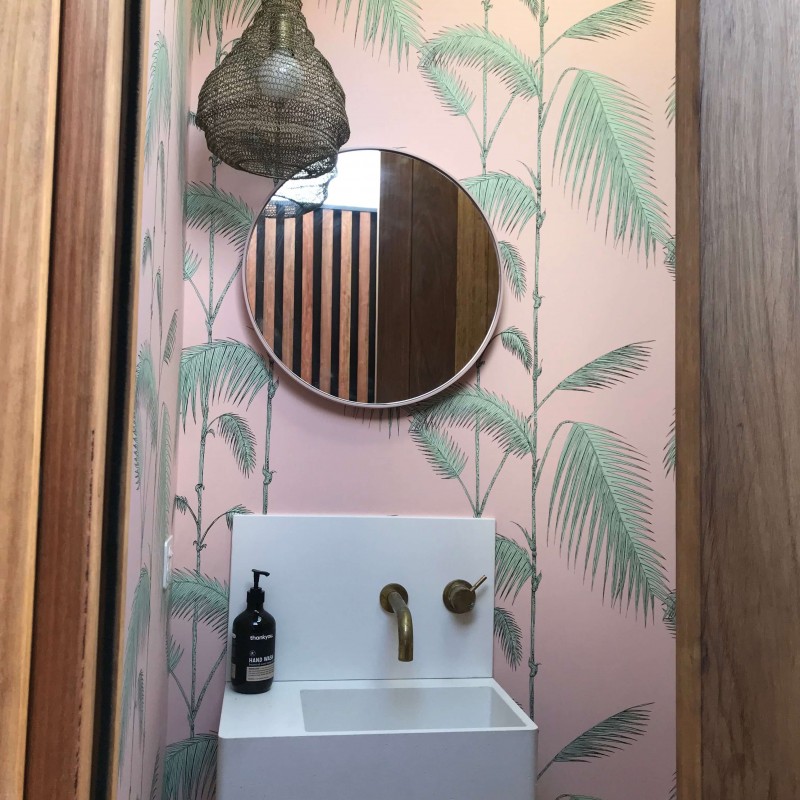 Blockshopper Shelley selected one of our most popular Mirror's the 'Modern Circular Round Mirror' in blush AND doesn't it look perfect with that wallpaper!

Posted in Home Inspiration, The Block and Industry Insiders