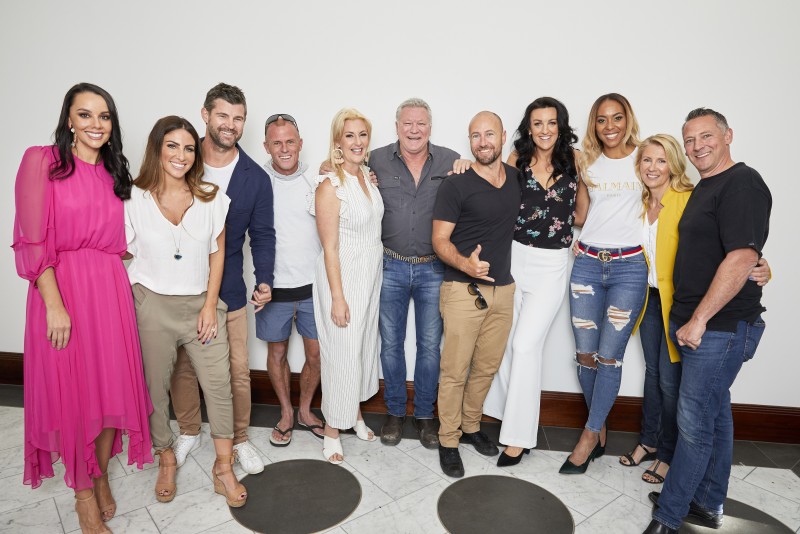 With tools down and the auction hammer poised, The Block host is battling butterflies—  and keeping his cards close to his chest

Scotty got in on the fun at open for inspections, meeting fans, and keeping the crowds entertained.

How are you feeling ahead of the auctions?

I’m always nervous on auction day. I get nervous about three days before. It’s our most important show of the year and we’ve got no control over it. I’m giving out the nervous vibes for sure.

How does it feel sitting on the couch sometimes when it goes a bit pear-shaped?

It’s a tough day at the office. It is a reality show and the prize is $100,000 for whoever gets the most above reserve, but that doesn’t stop me from wanting them all to make some money. They’ve worked hard.

When they don’t make any money, it’s excruciating…

Excruciating! Imagine how I feel.

It can get pretty intense on the auction couch with Scotty!

On the flip side, when they make a lot of money, it must feel very exciting.

Do you have any predictions about what’s going to happen on auction day?

It’s one of those great unknowns. They’ve all done a fantastic job on their apartments, they’re all terrific but they’re all very different. Some have got views, some are bigger, some have got bigger master bedrooms, some are North facing— there are so many variables. We have no idea. It’s up to the buyers.

If you were a buyer then, which one would you bid on?

I never answer those questions. I like all the apartments and the contestants equally like my children.

The 2017 contestants celebrating after a successful auction results. Everything is crossed for the Gatwick crew this weekend.

If it was you, what would be your choice in the auction order?

That’s another tough one. All of the money is in the room during the first auction. When the first apartment goes, at least some of that money has left the room, when the second one goes, a bit more has left the room.  So, I suppose, first would be the go, but it’s been 1 from 4.  At Dux House at Albert Park [in 2014], Steve and Chantelle went last and they won it by a long way. It’s too hard to pick.

How are you feeling about this series compared to other years?

The Gatwick is an iconic building, it’s in a terrific position in the eclectic St Kilda, right on Fitzroy Street, you’ve got the trams dinging past. It smacks of Melbourne and it’s just a beautiful apartment block. The apartments are so big, so it’s a great building. It’s one of our best for sure.

And for viewers, there have been some real characters…

Norm and Jess are probably the number one characters, but all of the girls have been great. Hayden and Sara, of course, have been great in their own way (laughs). I wish them all luck. It’s going to be a big day.

"I wish them all luck. It’s going to be a big day," Scott tells insider Style.