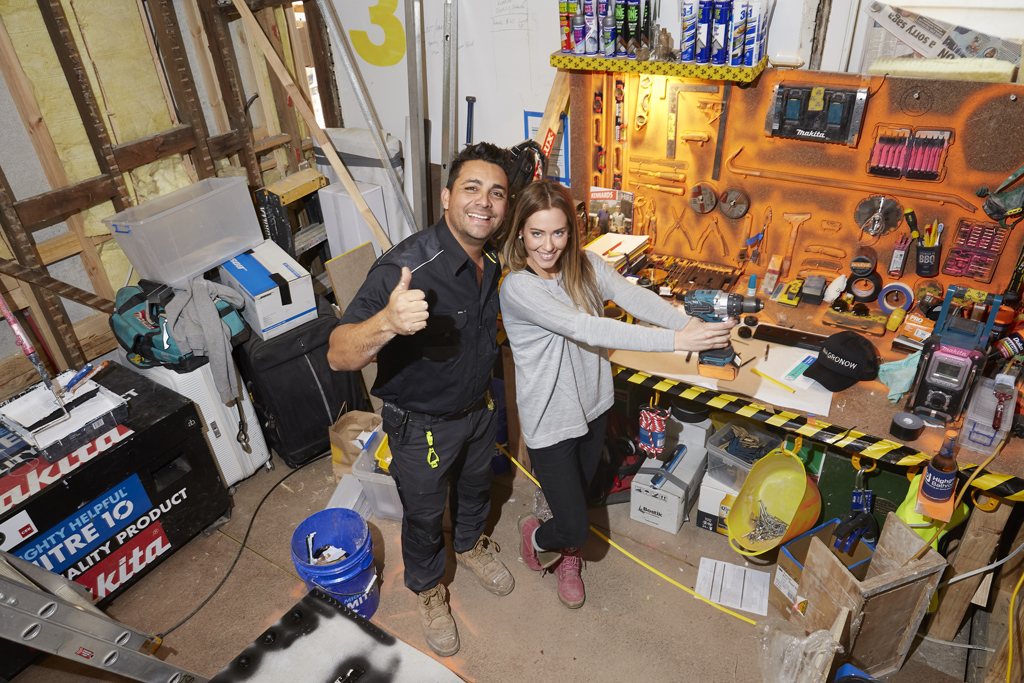 We always knew experienced renovators Ronnie and Georgia would come out all guns blazing. But winning three out of four rooms? They’re on fire! Why are they on such a winning streak?

“I honestly don’t know,” says 33 year-old mum from Perth, Georgia. “I think throughout the competition, our formula has been to plan. So by Monday, I have our plan locked in place, by Tuesday I like to have chosen all my furniture and have everything locked away, and by Wednesday/Thursday I know we’re away on a challenge, so Friday I’m there to finesse.”

A clever strategy. But surely there’s more to it than that?

“We also have a lot of what we call ‘insurance policies,’” she explains. “So instead of getting one rug, I would have three rug choices before room reveal.

“I would try one, and then if it didn’t look right, I would return it. It meant I was returning stuff all the time, but at least that way I could get it right.”

It also helps that Ronnie, a handyman by trade, was across all their workers, and had a close working relationship with their builder.

“We both sat down [early on] with our builder,” Georgia explains. “I don’t think the show gives the builders enough credit, because they are an integral part in the process. Anthony was amazing, and a really knowledgeable guy.”

It meant whlie they were away at challenges, they knew things were ticking along back at home base.

But that’s not to say they didn’t still have a few pre-Sunday night Room Reveal jitters.

“I was always thinking, ‘Have we done enough?’ That was what I was worried about,” Georgia says. “Last week, everyone else was doing ensuite bathrooms and we weren’t. I thought that might put us at a disadvantage.”

Turns out, she needn’t have worried.