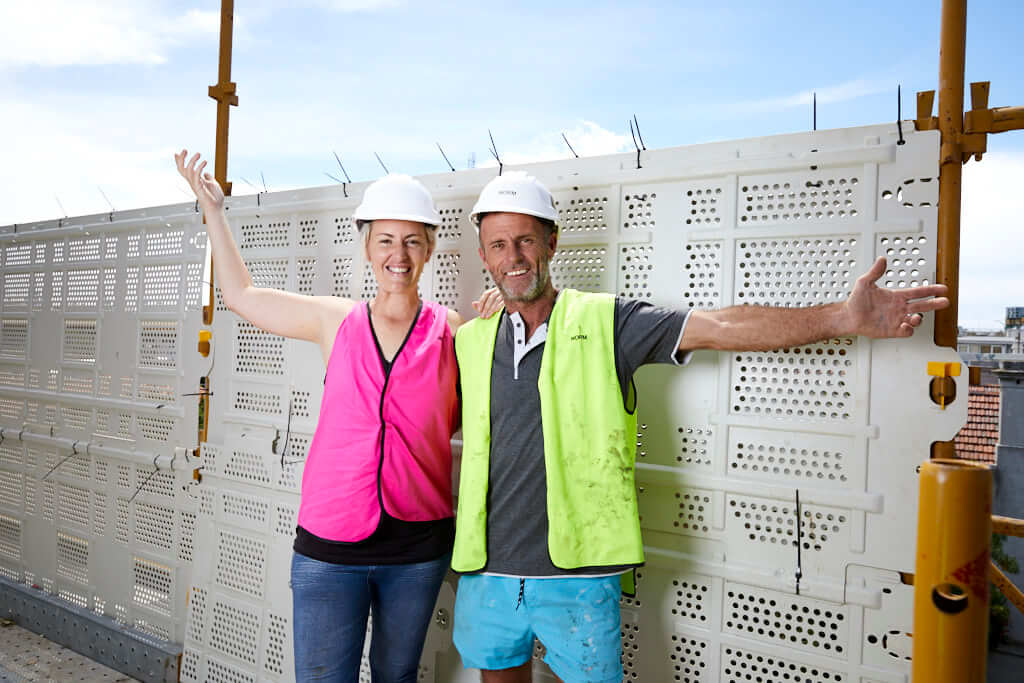 Will you just look at how cute Jess and Norm’s little Queensland family is? Divine!
“We’ve got two kids - Freddie, who was four in March, and Matilda, who just turned one in November last year,” says Jess, introducing us to her little brood.

“They are so cute. Freddie, he knocks on the neighbour’s door - because we have such a beautiful community around us, there are always plenty around for a BBQ on the weekend and we're all close -  and we’ll just hear him, like, ‘Hello, it’s Fweddie Hogan. It’s me!’ Cute!”

Both Jess and hubbie Norm admit it’s tough not having their little mini-me’s with them. But as they keep reminding themselves - they’re doing it to hopefully give them a better future. They'll use the money to go towards school, and they'll set some aside for family.

Oh, and any future 'Fweddies' have been factored in, too!
“We want to have another baby, but financially it’s just not possible right now,” says Jess. “So if we do well in the auctions, we are having another one - we’ve already promised Scotty that if it’s a boy, we’ll call him Scotty!”
Jess says she’ll use any Block winnings to help those around them that need it most, first.

“So if we do well in the auctions, we are having another one - we’ve already promised Scotty that if it’s a boy, we’ll call him Scotty!"
Maltida you are one lucky little girl...what fabulous role models you have as parents (Picture: Instagram @jess_theblock)

“None of our family members are well off financially. It wouldn’t help us - but it could do so much for them. We want to buy Norm’s brother and sister a house,” says Jess. “And we want to buy my mum a house - even if we can give them a deposit, it would mean so much to us.
“Winning would help more people than just us - we have a beautiful tribe that we're doing it for.”
All together now - naaaaaaawwwwww.

Norm and Jess our sunny Queenslanders have big hearts.