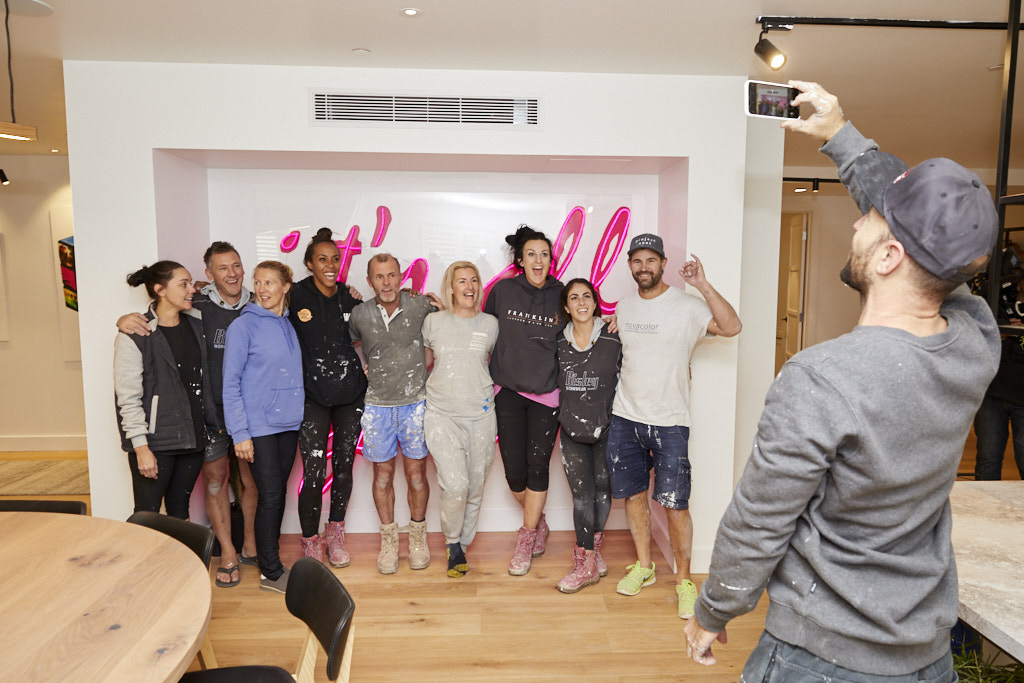 Cue one enormous sigh of relief

It’s the moment they’ve been dreaming of since stepping foot in The Gatwick all those weeks ago. And now, just like that, it’s all over! To say our contestants are breathing a massive sigh of relief would be an understatement. But that feeling is also tinged with sadness as they say goodbye to the building - and the friends - they’ve grown to love.

It's an emotional final tool's down as the contestants finish the challenge apartment.
Contestants have to now say goodbye to the building - and the friends - they’ve grown to love.

“It’s crazy to think we have actually done it, and finished it,” Bianca admits. “I am sad about walking away.
“I think it was a couple of years before I retired from playing netball, and a journalist asked me what I wanted to do, and I said I wanted to be on The Block, and everyone [thought I was] crazy, and ridiculous, and ‘Why the hell would you want to do that, maybe you should get a real job?’ “But I will never forget it. It’s been absolutely amazing and hard, but it’s been just the best”

It’s the moment they’ve been dreaming of since stepping foot in The Gatwick all those weeks ago.

Carla agrees: “This is the closest thing to sport - you have the ups and down in the week, and on game day - and this is like retiring. The experience itself - it’s life changing.”
Even though they haven’t always had the easiest time - they considered walking away at one point when the pressure got too much - Sara and Hayden both admit they’ve had an amazing experience. And they wouldn’t change it for the world.
“It’s such a good feeling - 12 weeks of hard work, done and dusted,” she said, as Scotty called that final ‘Tool’s down’.

To say our contestants are breathing a massive sigh of relief would be an understatement.

As for Kerrie, it’s been the friendships she’s made along the way that have been the highlight.
“You say it’s a renovation show, but it’s the relationships you make with people, that’s what gets you through,” she admits.
And even Scotty’s a bit misty-eyed about it all.
“I am very proud of all of you, and I wish you the very best of luck on auction day,” he says.
And with that, all we have to do now is wait - and see what plays out on Auction Day.
We can’t wait!

Now the wait for Auction Day, everything is crossed for you all.