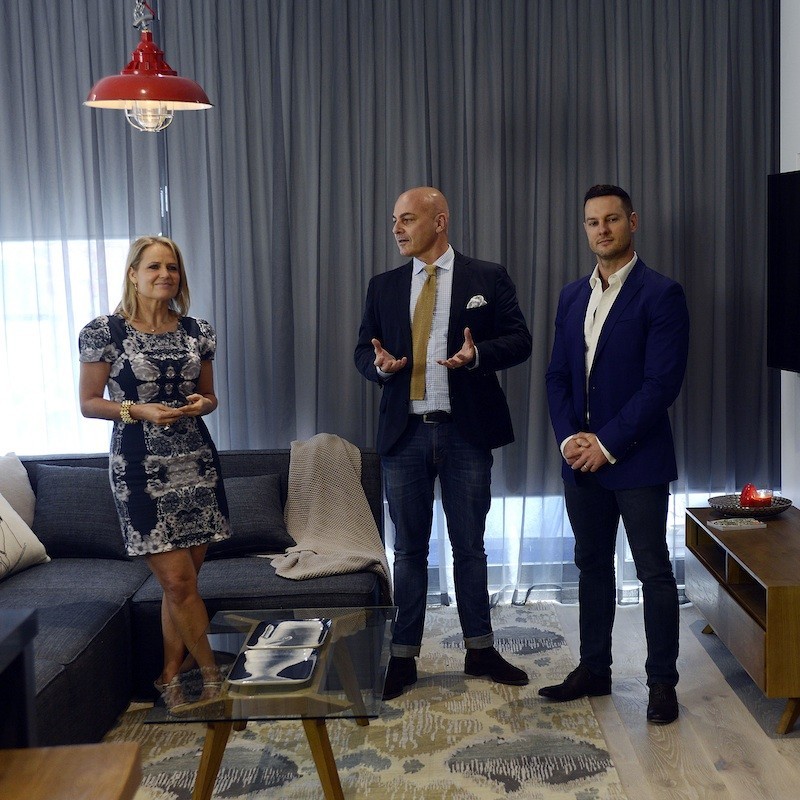 Chantelle and Steve have finally done it. After six tough weeks on The Block: Fans V Faves, they've won their first Room Reveal. For Chantelle, it was an 'amazing relief'.

"It was absolutely unbelievable," she tells us. "We really give The Block everything we've got and honestly, we were beginning to feel quite stressed [about not having a win]. Now, I feel like us being here is justified. We feel like part of the competition.

"Our scores have been quite high – we've come fourth, and third and second – so to come first is an amazing relief."

Their vast living and dining space was a relief for the judges too. Having seen their kitchen last week, they were a little concerned about how the pair would resolve their spatial issues around it.

"They couldn't see or didn't know how it was going to be resolved," Chantelle explains. "We don't sit down with the judges on Day 1 and say, 'Right, this is how we're going to use the space.' I guess that's an issue for them every time they judge a room, they haven't been told what our plan is."

Chantelle can understand why they might have been worried – she and Steve were worried it mightn't work – but it was very much their plan from the get-go. They wanted to keep the space as open and as large as they could, and it paid off big-time.

"We're really glad the living and dining area tied it all together so well," Chantelle says. "We think it finally clicked with the judges, like, 'Ah, that's what they're doing.'"

Chantelle and Steve have created a warm and inviting entertaining space, and it has a lot to do with their careful purchases this week. One of the room's key features is the eye-catching Bradford Modular Sofa.

"It was at the front of the store whenever we visited, and it was such a 'wow' piece," Chantelle explains. "We needed something solid. It modernises our room because the space is so eclectic, we really had to be so, so careful with our styling."

Chantelle took care with each of the styling elements, even relying on their ibiza Dining Chairs to tie the space together.

"There's a lot going on in the room and we needed something to anchor it and tie into the black in the kitchen, and their design really links with that barn look."

They wanted their room to feel open and Chantelle and Steve chose furnishings with that in mind – their chairs have transparent backs and their Malmo Coffee Table has a glass top.

"We have such a beautiful rug beneath it, so a glass-top table was always going to be our best move," Chantelle says.

This week may have boosted their confidence, but the Auction is just around the corner, and the nerves are starting to set in.

"The nerves are only going to get worse as we get closer, but I truly believe we're in with a chance," Chantelle says. "We're getting really excited!"

If our Blockheads' inspired decisions have gotten you excited to redecorate, browse The Block Shop now and find the right piece that'll open up your living and dining space. 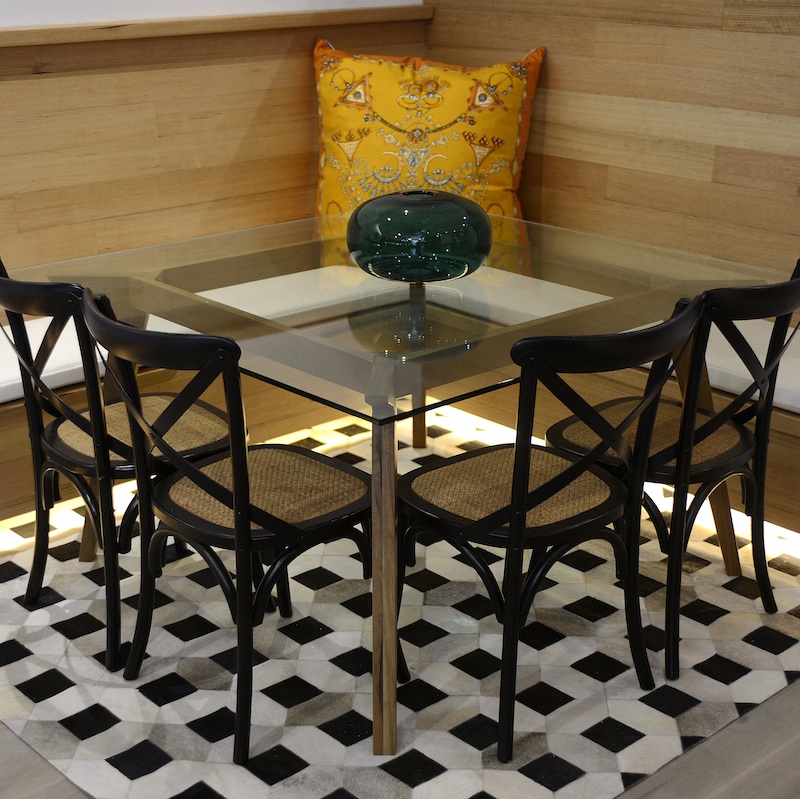 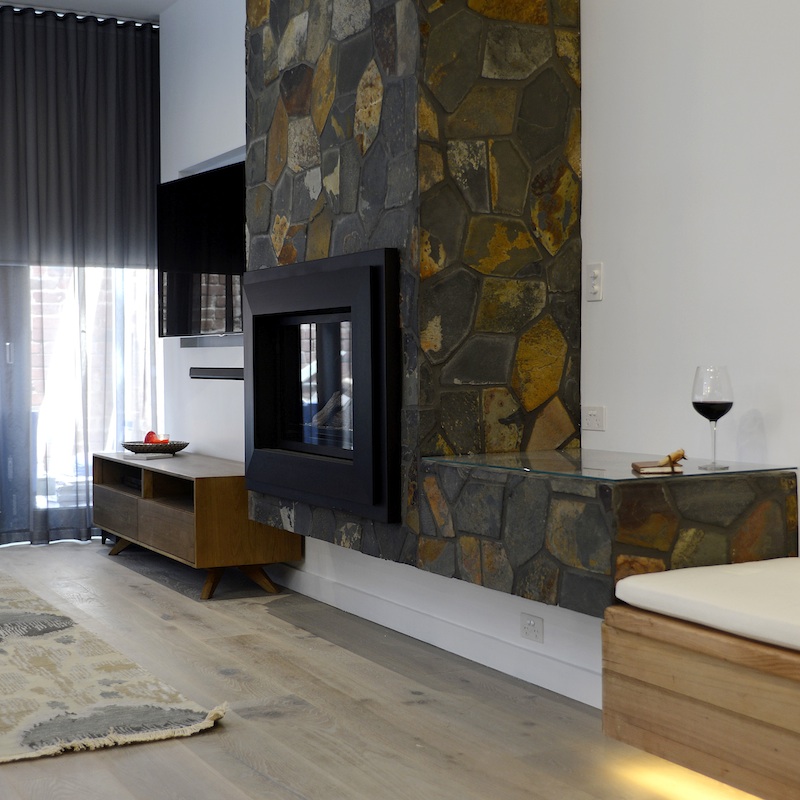 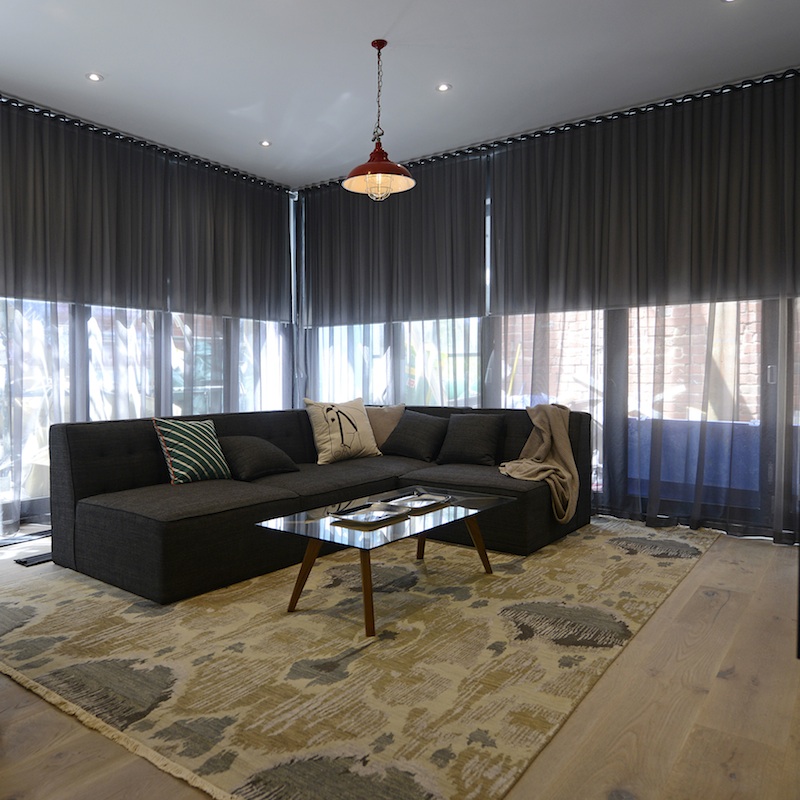