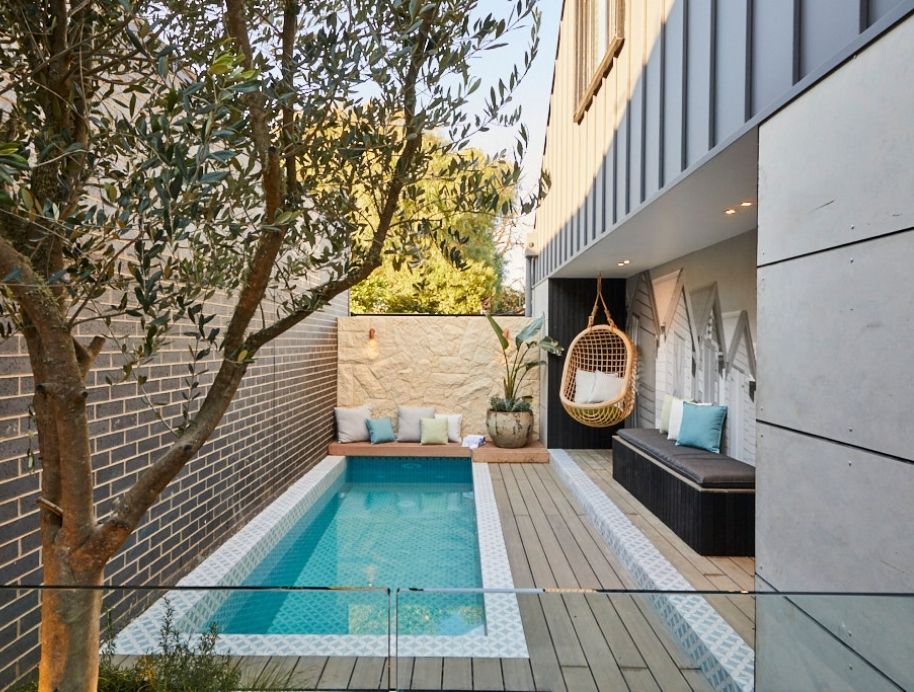 The last reveal for 2020 we take a look inside the incredible Brighton backyards & pools.

Walking into Sarah and George’s courtyard the judges were immediately in love with the space.

The Japanese Maple was a real hero. Not only is it a beautiful tree, but as it grows it will provide privacy for the future next door neighbours in House No.1.

Darren loved the workmanship around the plant box and the simple plant choices.

The black timber fence was a hit with Shaynna.

Walking into the backyard, the comments were even more positive.

“My mind is blown,” Darren said.

“This back garden makes the whole house sing.

The pizza oven was a real selling point for a buyer too. 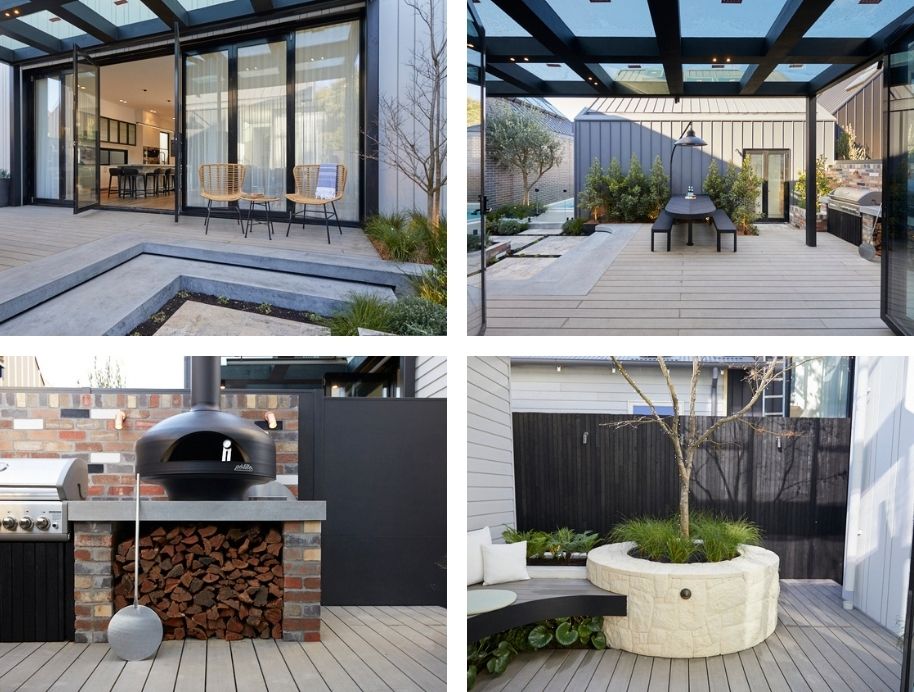 Onto the pool, the tile choice was perfect.

Neale thought the way Sarah and George had styled the area could have been a magazine shoot.

“It’s beyond beautiful, it really is an oasis,” he said.

So after struggling at the beginning with the reality of The Block, Sarah and George finished so strongly and ended up taking home a brand new Ford Puma.

“Three wins and now a car, that really tipped us over the edge,” Sarah told The Block Shop.

“What an amazing ride.”

They both worked incredibly well together when things got tough and, in the end,  it was all smiles for the Western Sydney couple.

“I think what really helped me was when I was down, George picked me up,” Sarah told The Block Shop.

“When George was down, I picked him up.

“As a couple, I think we really worked well together and helped each other.

“You really just need to, otherwise you get stuck in a rut.” 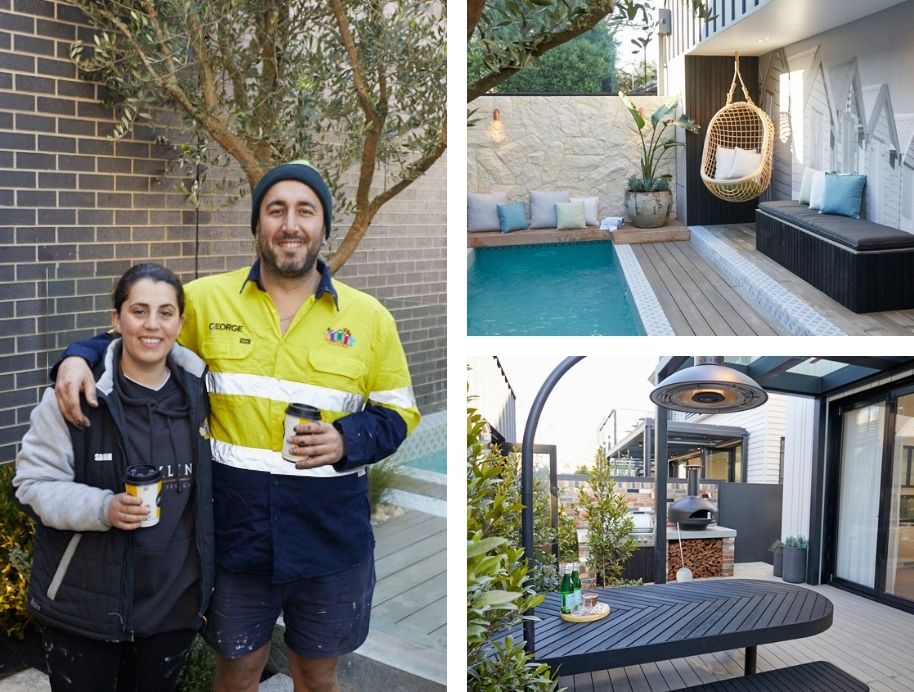 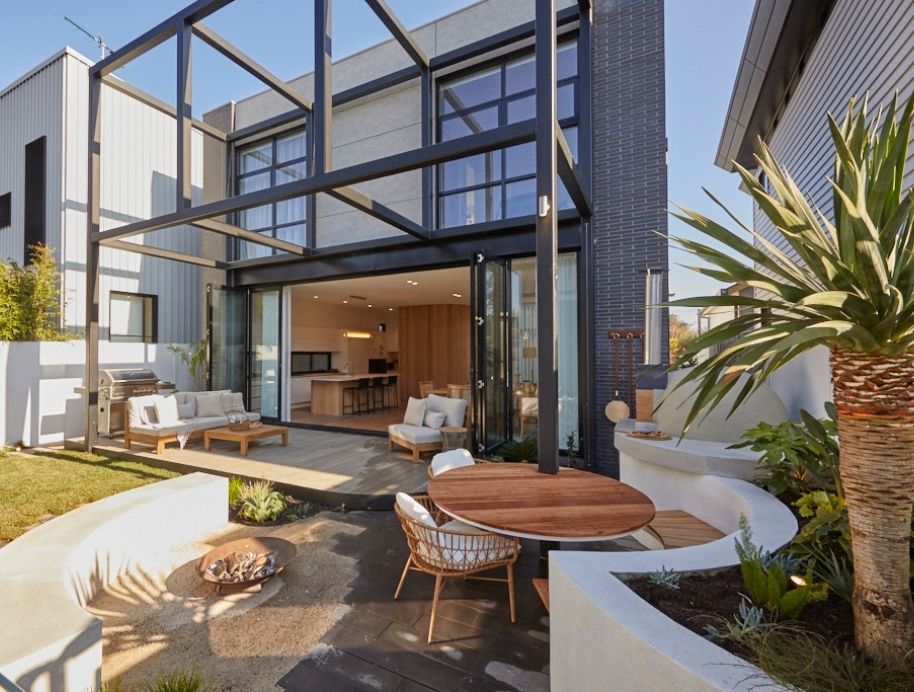 Nearly there, but not quite.

That’s been one of the stories this year for Luke and Jasmin, as they come second yet again by just half a point.

There was so much to love with what they delivered this week.

The judges loved the custom daybed from in the courtyard.

The Japanese-inspired water feature and the sound was also a welcome distraction from the noise of the neighbourhood in Brighton.

One criticism they did had was the lack of privacy looking into House No.3, Darren Palmer recommends a palm tree to be planted that would solve that issue. 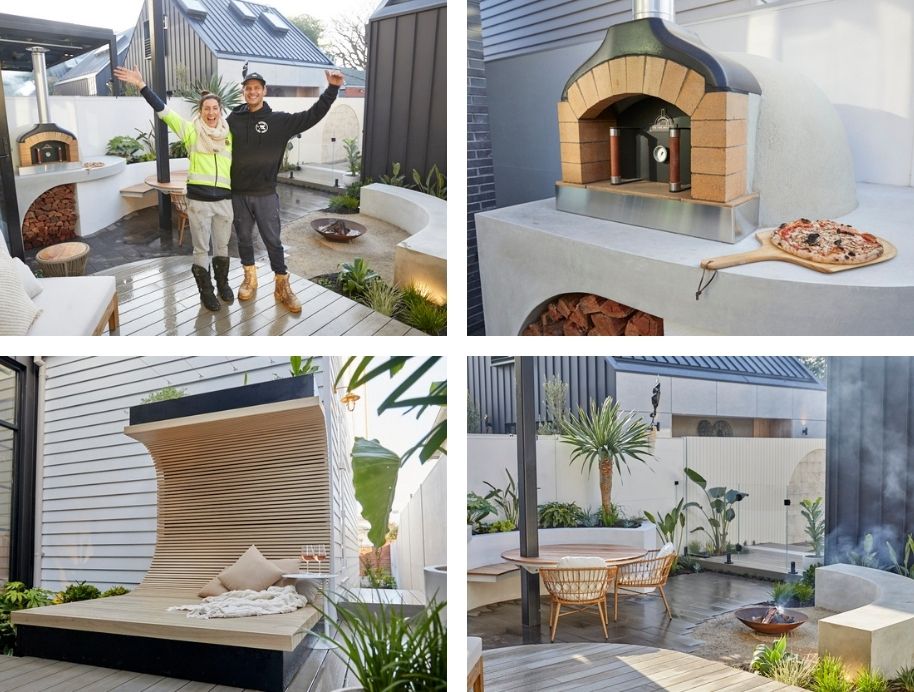 Walking into the backyard there were lots of positive comments.

“We have never seen anything delivered to this level on The Block,” Neale said.

The ‘pizza party pit’ was perfect and functional, with the pizza oven is just right.

The pool area and the styling that included products from Pineapple Traders and Globe West really made the house.

Jasmin admitted to The Block Shop that missing out on the Ford Puma by half a point “really hurt,” and this is the one win they wanted.

Despite the narrow loss, they are both very proud of what they achieved with House No.4.

“If you don’t feel proud there is something wrong with you, because it was a monumental effort to do what we have done in 12 weeks, especially because of Covid,” Jasmin told The Block Shop. 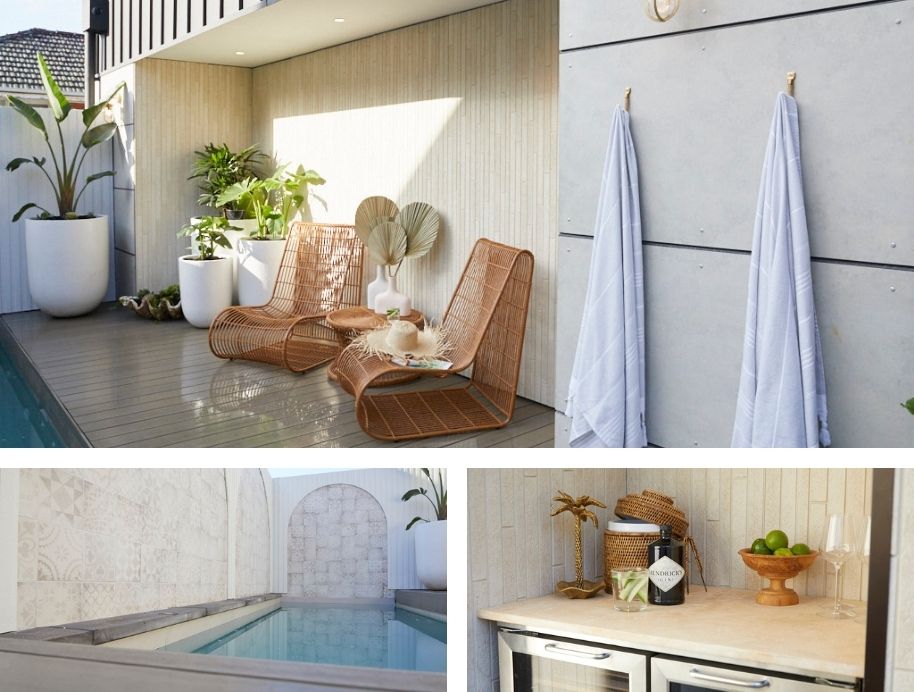 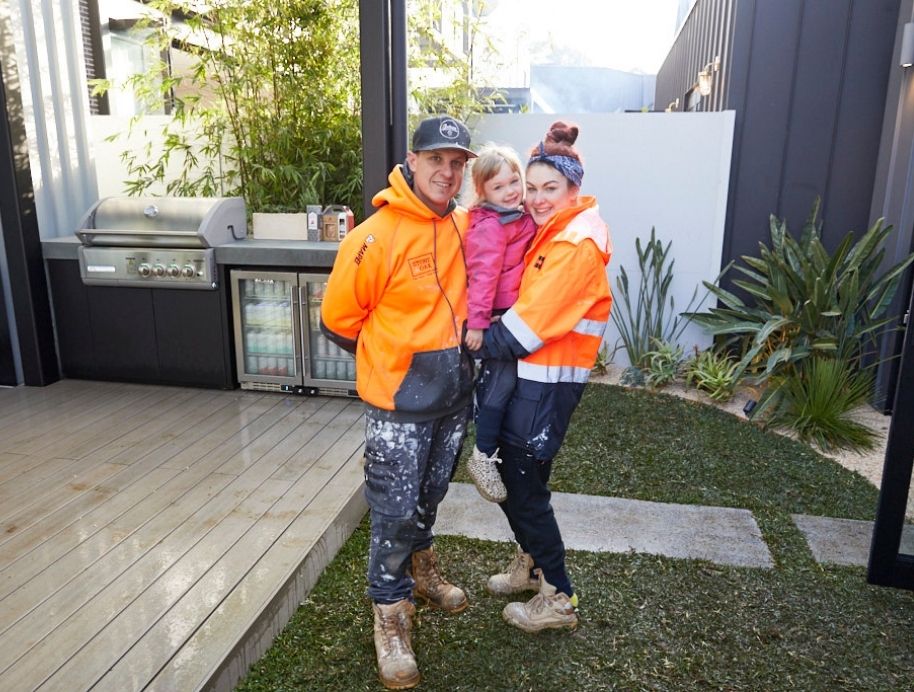 Walking into the courtyard of House No.5 it was obvious Jimmy and Tam have continued on with the 1950s themed style of their amazing house.

The judges loved the coral painted breeze blocks – reflecting the pink of their front door.

It made Shaynna even accept the similar coloured bathroom paint upstairs that was so controversial early on in the series.

The choice of bamboo plants was right, as they grow quickly and will work perfectly as a privacy screen from House No.4.

Walking into the backyard and pool area the judges wanted to see a real life Slim Aarons photoshoot and they got that and more. 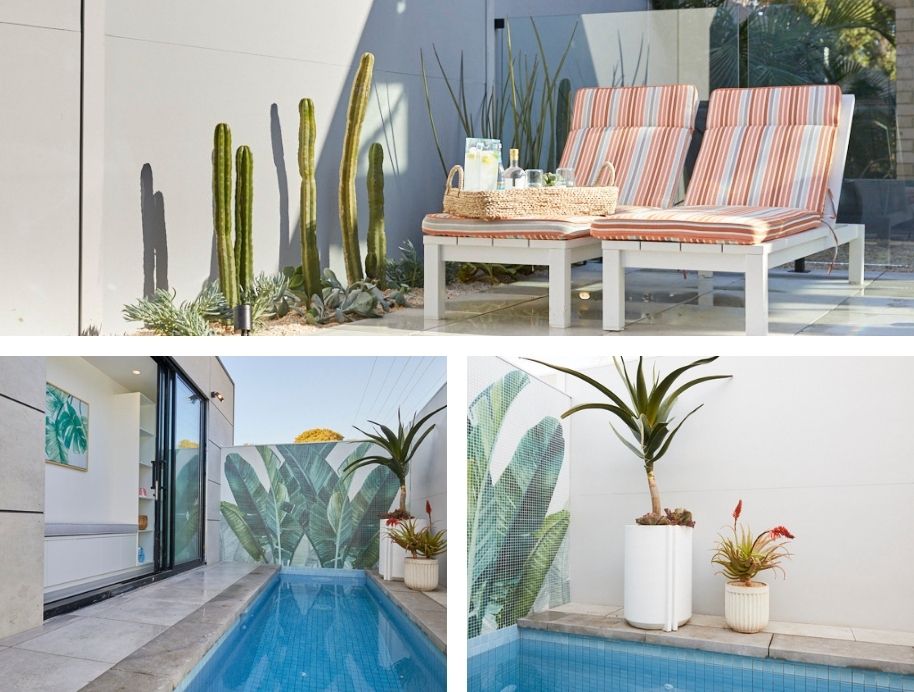 Shaynna loved the simplicity of what Jimmy and Tam delivered.

The choice of cactus plants worked well with the front garden.

The daybeds in the pool were a hit.

The only misstep was the area at the side of the pool that Jimmy and Tam saw as a storage space.

Darren would have liked it to be more of an outdoor cabana area.

“I don’t get their thinking,” she said.

So another consistent result from Jimmy and Tam who have had a fantastic run on The Block.

They can now sit back and enjoy the crazy ride that has been their time on the show.

“We are so grateful of the experience we have been given, and it’s just overwhelming,” Tam told The Block Shop.

“The whole experience has been overwhelming because everything happens at such a fast pace.

“You don’t get time to sit back and really take on board what has happened.

“Now that it is finished, it’s starting to hit us that we have done it.” 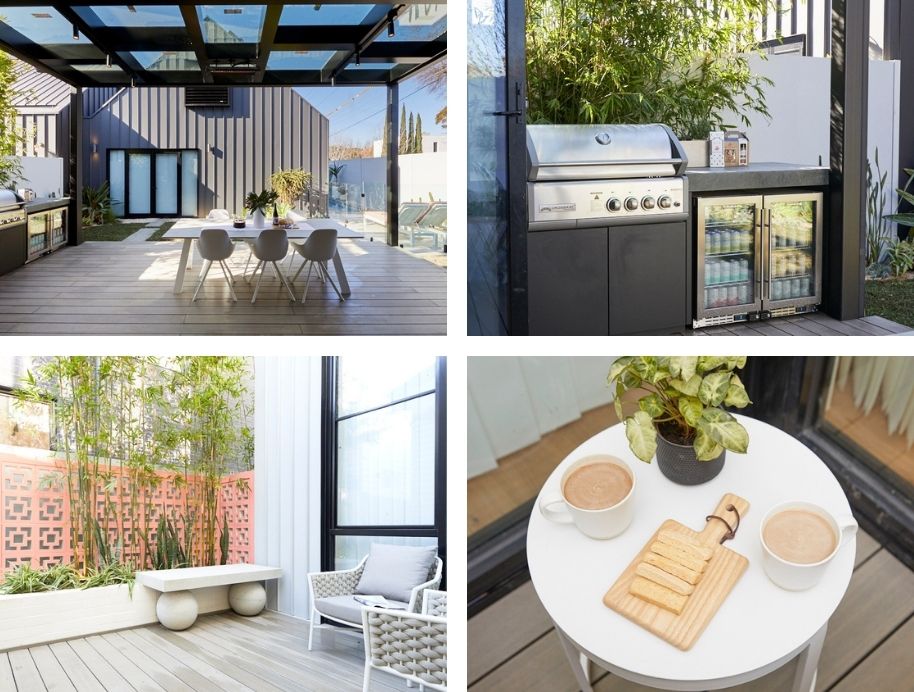 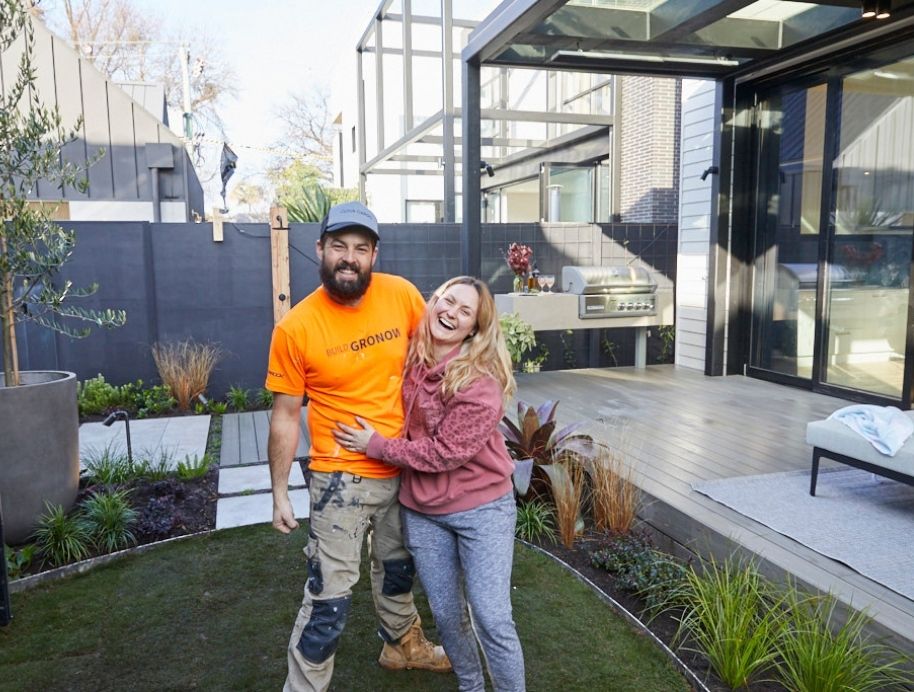 Walking into the courtyard the judges had mixed feelings about what Daniel and Jade delivered.

While they loved the outdoor furniture, they felt there were a couple of problems.

Firstly the lack of privacy with House No.2 was a real issue.

Neale also thought it wasn’t the most “comfortable” space.

They did love the unique Currawong artwork.

“Collingwood (AFL) fans are going to be happy,” Shaynna said. 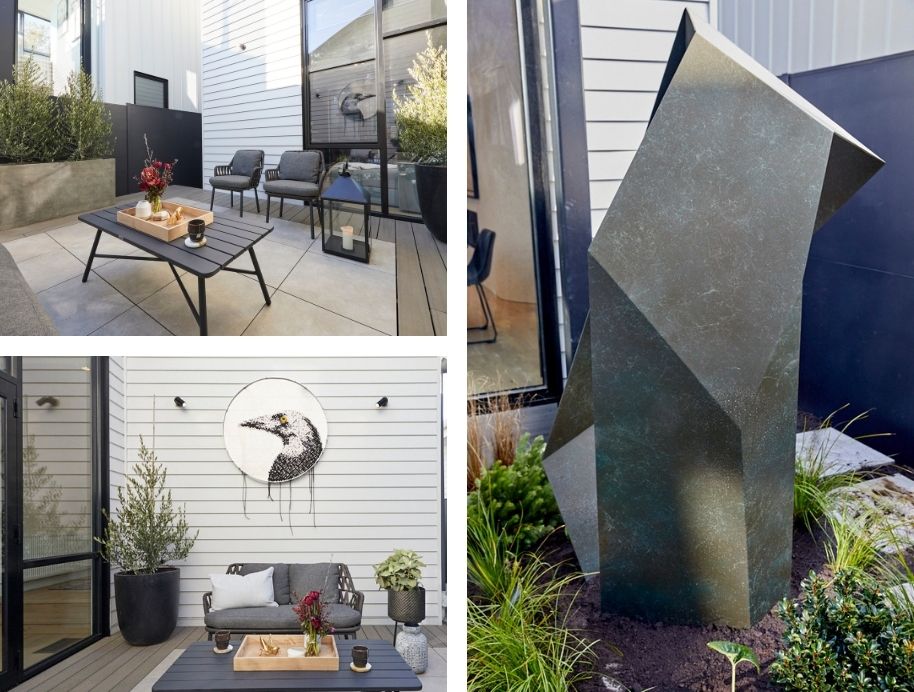 There were much better comments in the backyard.  The decking, the VELUX skylights, the sculpture got their tick of approval.

They did love the outdoor shower but criticised the lack of functionality because to use it you would have to stand on dirt.

They liked the alcove in the pool that included towels, but Neale thought the blank walls good have been dressed up better.

So like it was throughout the whole series of The Block, Daniel and Jade got mixed feedback.

They were both very proud of what they have achieved with House No.3.

“What a massive achievement, one to be selected on The Block and two, to be able to complete it and to have held our heads high,” Daniel told The Block Shop.

“We have had that much fun, we’ve made great friends.” 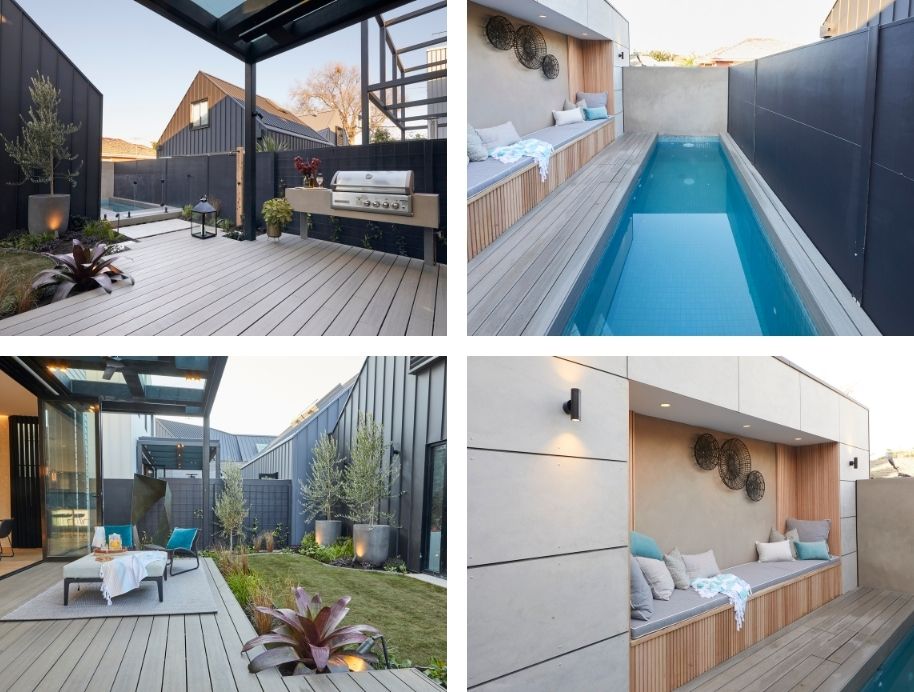 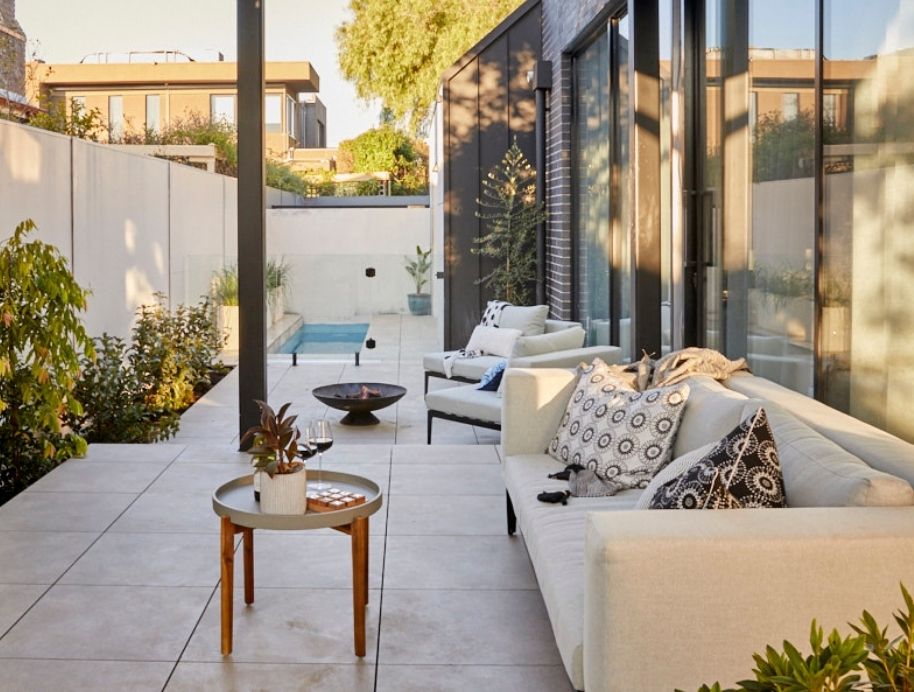 It’s all over for our lovable father and daughter with some mixed comments from the judges to finish things off.

Darren, Shaynna and Neale all felt the huge oak tree in the back garden was an incredible asset for a buyer in Brighton.

They did, however, question the fact that Harry and Tash put in a wall to separate the front and back garden, as they were the only house with such a huge space on The Block.

They felt this advantage was no longer because of the wall.

“Why would they do that?” Shaynna said.

Tash said she felt because of security they wanted to separate the two spaces, so no one can see into the backyard from New St.

Darren felt the Crossray BBQ while great, there could have been more of an outdoor kitchen.

They loved the Mineral Tiles from Outdure in the pool, but they felt it was obvious Harry and Tash ran out of money when styling the pool area.

Harry and Tash had grand plans for their backyard and pool area but because of budget issues, they paired it back. 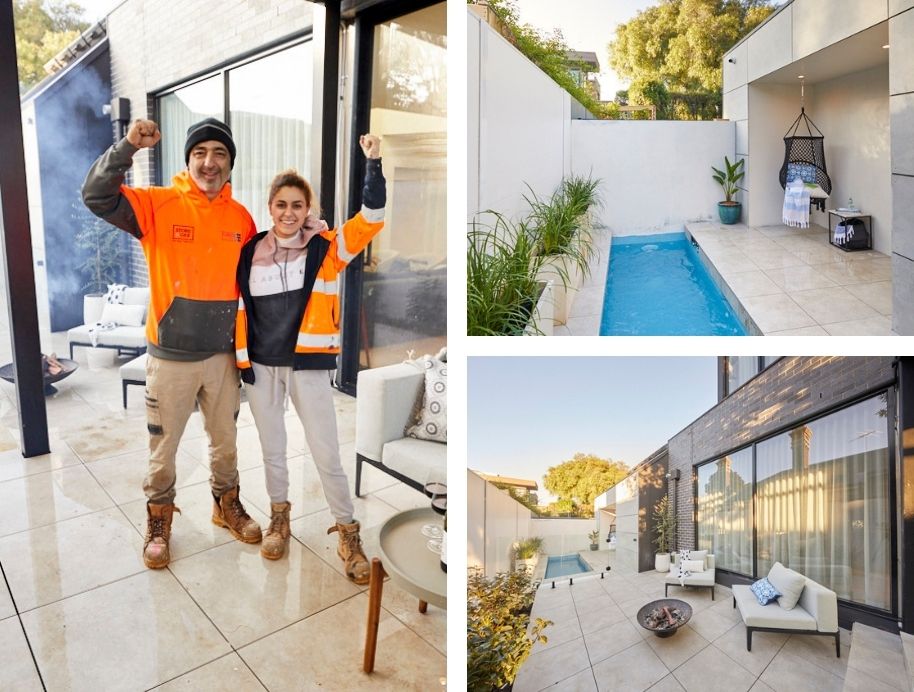 It still worked for Neale though, he didn’t mind the fact the spaces weren’t too busy.

They had a tough last few weeks and at times thought about walking away.

“The past few weeks, there were definitely moments where we thought, we are done, we can’t do this anymore,” Tash told The Block Shop.

“We were just over it.”
Harry loved working with his daughter, but dealing with Foreman Keith and Dan as the build went on was really tough.

“The constant of Foreman Keith and Foreman Dan coming in, pointing out a few aspects of the built, drags you down,” he told The Block Shop.

“It was a real challenge.”

But they did it, and now they are very much looking forward to what happens on auction day. 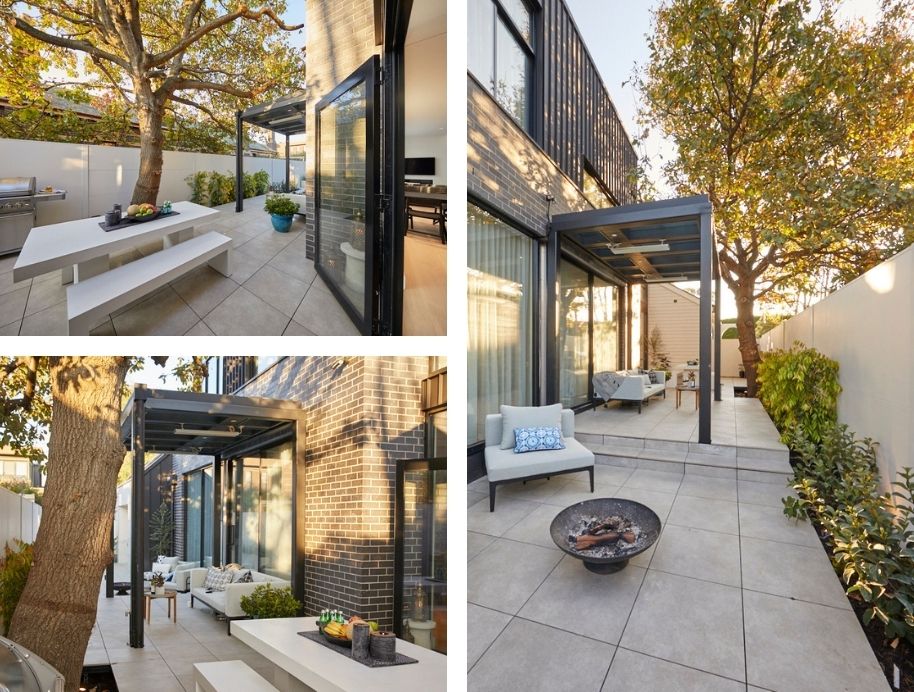