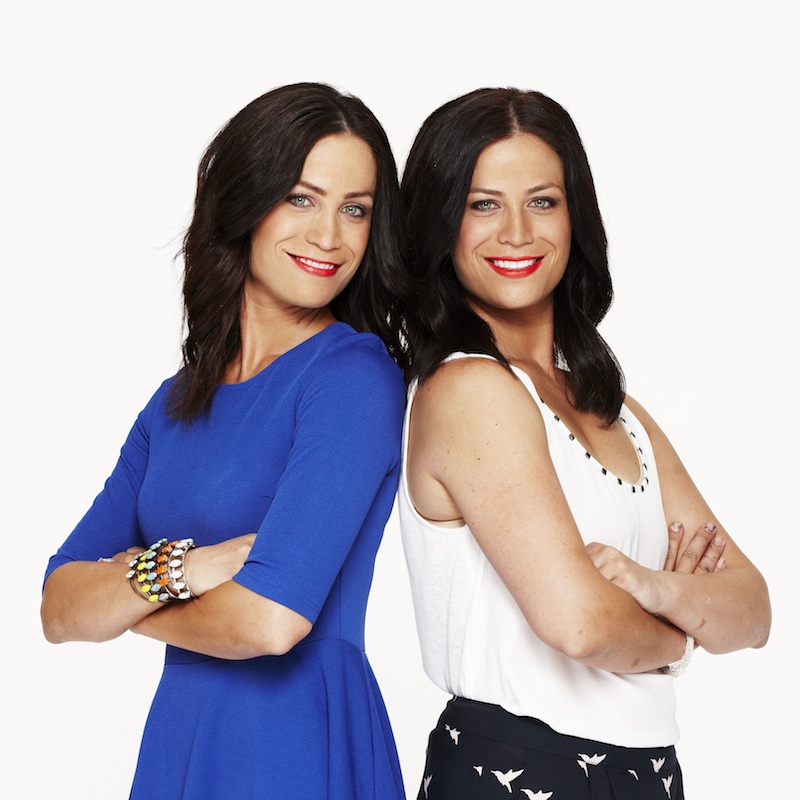 Auction night, saw 12 long weeks of blood, sweat and tears come to a dramatic end! All five couples walked away with no less than $200,000, not bad for a few months work!

I can’t even begin to describe the feeling you have when you sell a property at auction so successfully, let alone in front of the whole nation; the pressure is enormous, so I think we all breathed a sigh of relief when all couples did so well.

I caught up with Alisa to get the lowdown on the how her and Lysandra are feeling after the big event, and what life holds for two of them after The Block.

Firstly, congratulations! You’ve put in the hard yards, roller-coastered through the highs and lows and poured your hearts into it, so in one word, how are you feeling now?

Relief – That’s probably the right word for it at the moment.  We can finally say we have finished The Block and now we can get back to normal life and don’t have to worry about it anymore.

How are your family feeling about the result, has it sunk in yet?

They are obviously feeling the same way as us; they’ve done just as much hard work as us with looking after the kids, and you know, being away from us. So it’s a win for all of us.

Yeah I know, its nuts! Obviously we split it, so we nearly came out with $200,000 each, which is more than we could have ever hoped for.

I’ve never experienced anything else like the feeling of a successful Block auction before, can you describe your thoughts throughout your auction?

I couldn’t really concentrate during the auction. Scotty was talking to us and then we were looking at the TV and I couldn’t quite comprehend what was happening, and then when we found out we had won $295,000 that was the first part of it.

We were obviously ecstatic with that amount, but it was like “we still have one more step here” so it wasn’t game over for us, and we couldn’t really celebrate until the very end.

This is definitely one of the closest auctions I’ve ever seen on The Block, what was going through your mind when Madi and Jarrod nearly stole the victory from you?

Lysandra kept looking at me going “nup, they’ve got it” and it was just a look of disappointment in her eyes.  It was definitely one of the worst feelings I’ve ever experienced, just knowing how close we were to almost losing it all.

I can’t tell you how exciting it is for me as a former contestant to finally see the “Judges Pick” take out The Block win, how does it feel to have been the favourites in the Judges eyes to then take out the win?

I think that’s the problem with being the favourites, because how often is it the favourite who actually wins?! It’s almost like you don’t want to be the favourite because most of the time you’re fooled.

I hadn’t really thought it of it like that before though. It was so hard not to get our hopes up because I honestly believed we had the best apartment, and isn’t that the aim of the show that the best apartment wins?! We came into this competition to win.

Are you surprised your apartment sold for what it did, or was your real estate agent always expecting around the $1.4m mark?

Yeah, we were hoping for that. Anything over $1.4m we were happy with.

Our real estate agents on both series always kept their conversations with us about the sale cool, and never got our hopes up, was this the same for you?

Absolutely. Our real estate agent did the exact same thing. He said anything over $1.3m you should be happy with, but then in your own mind you have your own figure you’d be happy with as well.

How do you feel having your time on The Block winding down to an end? Are you glad to be out or sad for it to be over?

Very glad, it’s been such a long ride and definitely a ride that I’m ready to jump off.

Is there anyone that you couldn’t have made it through this experience without (obviously other than each other)?

Matt and Kim! There is no way we could have coped without them. They got us through it and we just thank god they were on the show.

I’ve heard that you both doubted your ability a fair bit throughout the show (I definitely know what that feels like after suffering a crisis of confidence on The All Stars); we’d love to know why?

We have never done anything like this before, and really the very first room we did was the first in our apartment (apart from the first challenge). We didn’t know what style we were doing, we didn’t know what shops there were and we also thought we might be doing a heritage building, so then we had to change our mindset to a modern design and we just didn’t know what direction we wanted to go. It wasn’t until the second room where we listened to the judges and said “let’s go with the woods and earthy tones” that were in at that time. As soon as we came up with a style, it was so much easier for us.

We don’t really love our living and dining room, but besides that we love almost every room in our place. And the more successful we were in the competition, the tougher we got on ourselves.

Now, Matt tells me that you both have quite outstanding vocal capabilities…Were there any tunes belted out after your auction success? And are we going to see you on The Voice as a twin duo in the near future?

Do you mean screaming? Haha no, no not at all! Matt is the one that’s got the voice.

One of the hardest things about The Block is making sure both parties are on the “same page” to avoid conflict, but I’ve heard that you girls have that “twin connection” of knowing each others thoughts and finishing each other’s sentences…do you think that helped you through the competition and kept you “in sync”?

Definitely, because we think so alike it definitely made it easier for us.

What’s next for the both of you? I’ve heard today that you are both heading for a career change…TWINterior Designs is it? Can you tell me a bit about that?

You now what, we have a passion for it now. We have never renovated like this before, and if we can produce something like this under that kind of pressure without any experience then it just shows what we are capable of, and I think we would be crazy not to explore it.

It’s definitely something that I want to do forever, so you know, why the hell not! We have had so many enquiries about it, and when Shaynna Blaze says we should be changing careers, how can you walk away from that?!

It’s really really exciting and we have a lot of support.

Well I wish you both the best of luck and I’m sure you will do well with whatever you decide to do, and once again congratulations and thank you for taking the time to speak with me.

No worries, thank you.

Click here for more on Alisa and Lysandra’s journey on The Block Sky High.

Posted in Retailer Spotlight, The Block and Room Reveals