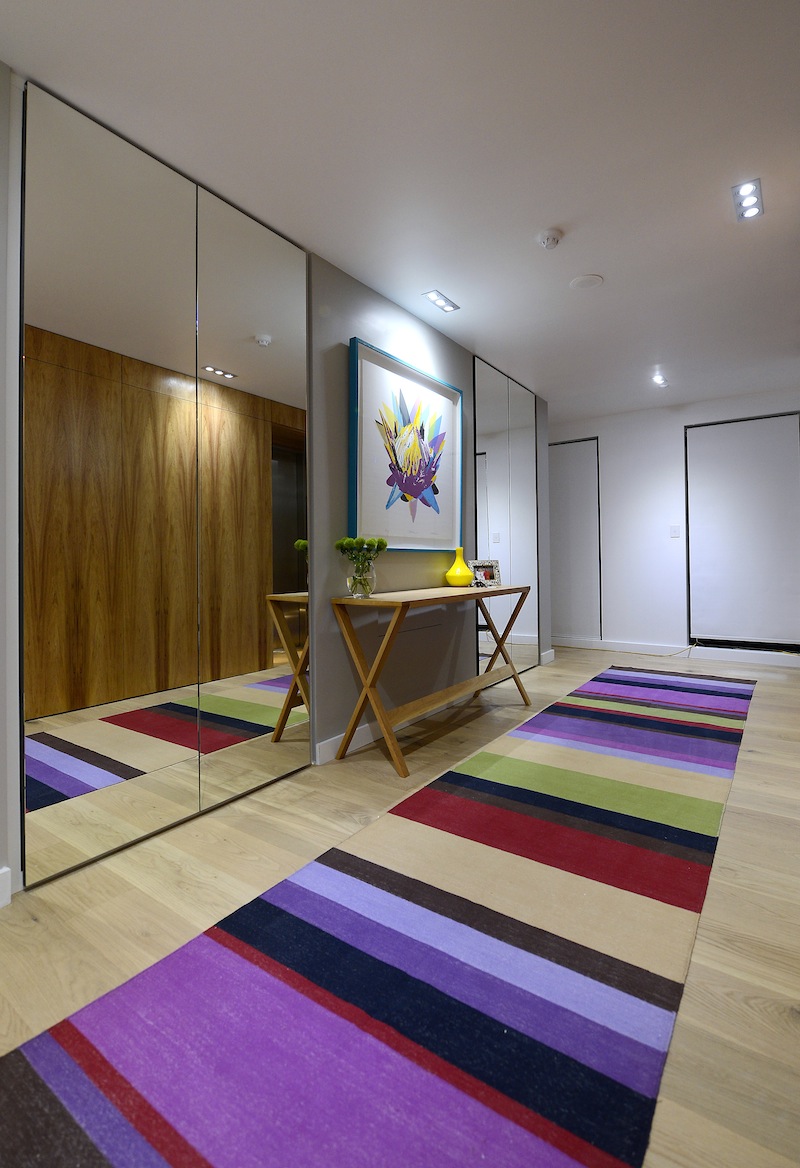 From my experience, when you reach this point in The Block, everything feels like a drag and you battle through every day of every week with constant thoughts of how over it you are… I like to call this ‘reno-lag’. Well, ‘reno-lag’ has definitely set in as the couples complete week 7 of their monstrous Biz Hotel overhaul.

Creating a luxury high-end apartment doesn’t come easy, or cheap, and we all know the couples are going through some major budget issues at the moment. Having a win at this stage in the competition could be the difference between finishing and not finishing your apartment so you constantly need to be coming up with amazing and unique ideas to wow the judges.

Alisa and Lysandra have definitely proven that they are not only serious about this competition, but that they are a serious threat come auction day. This week the girls delivered a beautiful foyer that the judges struggled to fault and a very practical and well thought-out laundry and guest WC. What appeared to be a seemingly relaxed week for the girls was far from it, as they struggled with time pressures and ‘reno-lag’ as the business end of the competition fast approaches.

I chatted with Alisa about the planning of their rooms this week, the struggles they faced and the importance of getting an entryway right.

Congratulations ladies, three wins under your belt!!! You definitely seem like the team to beat in this competition. I’m really loving what you are doing each week and I think you have created a beautiful home.

So many instant wows this week and you really have created an inviting entryway and practical well thought-out laundry/guest WC. The winning feature for me this week is your timber panelling, which the judges called a “masterstroke”. They described it as “luscious” and stated that it “looks and feels very high end and glamorous”. Can you explain to our HJ readers how it was done?

“We wanted to do something that was grand and Shiran has a cabinetry background. Each week we spoke about everything in depth with him and I suggested some sort of timber feature. We had to box the wall out due to the fire hose, so once that was done we went to a factory and picked out some timber veneer. From there, Shiran took it back to a mate’s workshop and built it. Shiran knew we had to step it up as we were coming to the end of the competition.”

As the competition moves closer towards the finish line it must get tough to keep finding inspiration.  Where did you draw your inspiration from for your foyer this week? What was your starting point?

“Like every week, you’d finish one room and the next would start the very next day so it meant we never had the chance to plan ahead. We would literally think about it for an hour at the start of the week and then run with whatever decision we made in that moment. This week the biggest thing was storage and we wanted as many cupboards as possible. Our hallway was narrower than everyone else’s and the original hallway cupboards were 40cm deep, compared to the other contestants having only 15cm. Stegbar were able to make us new carcasses with mirrored doors.”

Guest judge, John McGrath, believes you “have created a first impression that will appeal to the widest market”. This must make both you and your real estate agent very happy. How important do you feel this area of the apartment is in the grand scheme of things?

“You need to get the entryway right and I do think it’s important, as it’s the first impression someone will have of your home. Everybody struggled with hallway week, including Madi and Jarrod and Bec and George, and I think that ultimately let their apartment down. It was really important for us to maintain that high-end theme.”

Watching the show this week we saw many obstacles thrown at the contestants that seemed to steal quite a bit of space away from your entrance area. Did any of these obstacles threaten or even change your plans for this area?

“The fire hydrant did change our plans but I think it wasn’t a hindrance but actually a bonus as it ultimately created more storage in that area.”

I love the personal touch of the photograph on the side table and your minimal styling is perfectly suited to the space, do you think your styling has changed or improved over the course of the competition?

“Hell yeah!! That first bedroom that we did…we look at it now and it’s laughable. We are in a new city and had never seen a lot of this furniture before. We changed very quickly though and won the second room. We have learnt so much along the way and once we figured out our design and where we waned to go it was so much easier. Once you establish your style it all falls into place very quickly.”

Moving on to your laundry and guest WC, it’s often a tricky space to get right and never seems to get as much thought as other areas of the house, even though we spend many hours each week in our laundries. How important was it for you to get this space spot on?

“Oh my god, the laundry nearly did my head in. When we were working it out with Freedom, they were adamant that there was only one way that would work perfectly in the space but I reckon I stayed up all night trying to come up with a better design, and I couldn’t. We did the best we could in the end. We wanted to have as much storage as possible and used the mirrors to make the space feel bigger.”

“We wanted a point of difference in the laundry. Freedom were offering laminate benchtops but we didn’t want to have anything standard, so we gave Rod and Tania (The Block 2011) a call and they whipped us up a great stainless steel benchtop.”

The mirrored splashback is definitely a great idea for a small space like a laundry and it’s a great connection back to the kitchen. You have also used the same finishes on your cabinets as in the kitchen. Do you feel it’s important to maintain flow in a house with elements like this, and create links where you can?

“Yes definitely, and this is something we were very conscious of when designing the laundry.”

Overall, what was the most challenging aspect of designing your foyer and laundry/guest WC this week?

“In the laundry it was definitely the lack of space that we had to work with. It meant we were very limited with what we could do. For the foyer it was working out how to construct something around the fire hose that was practical, useable and looked good.”

Last time we spoke to you guys, you mentioned that it’s been impossible to plan ahead in the competition. Is this still the case, or are you now having to plan ahead for the coming weeks, especially with budgets dwindling?

“There is no planning ahead! It’s literally, wake up and think “what the hell are we going to do?”. It didn’t get any easier and you kind of play it room by room because if you don’t win then you might need to tone your room down or compromise in some way to save money.”

I think one of the most important people to constantly communicate with during a renovation for sale is your real estate agent. Has your agent been able to guide and advise you of the market you should be targeting or have you just been ‘winging it’ and hoping for the best?

“Absolutely, we were in contact with him every week asking his opinion and advice. He was able to tell us what market we should be designing for, what people will want, and what is necessary.”

When I first spoke to you guys, you mentioned that you felt Johnno and Trixie were your biggest threat in the competition. Is this still the case or have your views on this shifted to another level?

“No way, I’d have to say at this point (and only because we feel their style is the most similar to ours) that Madi and Jarrod are our biggest threat.”

And finally, for all our readers wanting some advice on creating instant wow factor in their own entryways, what are your top five tips for creating an inviting entry/foyer?

To shop Alisa and Lysandra’s style, visit the twin's page
For more from Dani, visit The Home Journal here